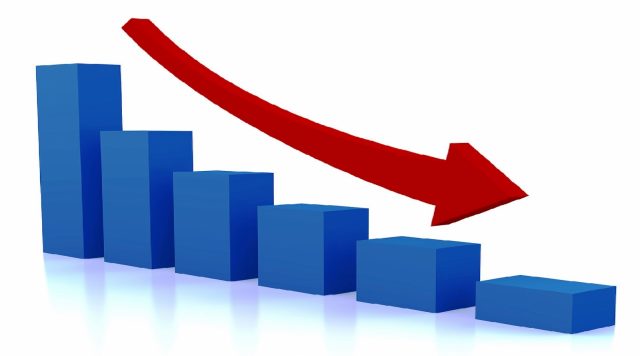 The Macedonian economy dropped by 3.3 percent in the third quarter, as a result of the pandemic, which contributed to the National Bank revising its April projection from -3.5% to -4.9%. The recession for this year is expected, and the authorities expect recovery next year.

According to the estimated data of the State Statistical Office, the growth rate of the Gross Domestic Product (GDP) in the third quarter of 2020 was -3.3%.

In the third quarter of 2020, the biggest increase was recorded in sections: ? – Agriculture, forestry and fishing by 5.2%; F – Construction by 3.4% and J – Information and communication by 3.3%.

Household final consumption, including Non-profit institutions serving households, in the third quarter of 2020, decreased by 1.4% in nominal terms, and its share in the GDP structure was 66.0%.

Latest statistical data showing GDP drop in the third quarter has been expected, said Deputy PM Fatmir Bytyqi on Monday, adding the government back in April had said the country would enter recession this year.

The government said in April that the country would enter recession this year. This is not the case only in our country, but all other countries face the same problem, said Bytyqi.

He added that the government maintains the projections for this year with a drop of 4.4 percent.

I have said several times that industrial production is on the rise in terms of recovery. We cannot expect, when we have over 30 percent drop in the second quarter, to have a sharp positive trend in the third quarter, said Bytyqi.

A drop of 4.9 percent for this year is the latest projection of the National Bank, which was announced Monday at a press conference.

The NBRM made a downward revision of the spring projections which predicted a drop of 3.5 percent of GDP for this year and recovery next year with a growth of 4.7 percent. For next year, the new projection of the central bank is growth of 3.9 percent.

According to Governor Anita Angelovska Bezhoska, the downward revision is a consequence of the longer duration of the pandemic and its impact on all points of the economy.