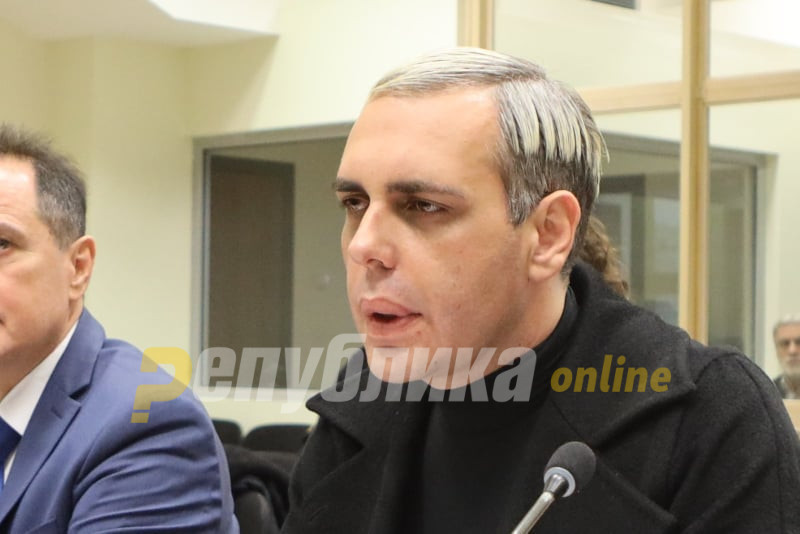 The Skopje Appeals Court rejected a request from Bojan Jovanovski – Boki 13 to be released into house arrest like the other two co-defendants in the Racket trial Katica Janeva and Zoran Mileski – Zoki Kiceec.

Boki 13’s lawyer insists that he is suffering from serious consequences of a botched gastric bypass surgery, performed in the clinic co-owned by businessman Jordan Orce Kamcev, who Boki 13 was allegedly extorting money from. He was frequently taken from the Sutka prison to several clinics across Skopje to receive treatment. But the Court today found that he can not be released.

The judges did not reveal their reasoning behind the decision, saying that it will be announced additionally. Boki 13 looked pale and with dark bags under his eyes on the first court hearing yesterday, and required medical assistance from the start.