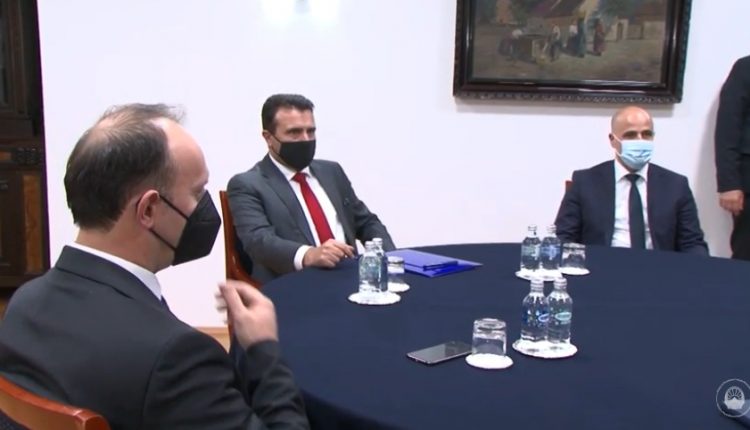 The meeting took place to start talks on Alternative’s possible participation in the government , because it is already known that the ruling coalition and the opposition have 60 MPs each and neither side has a majority, writes InfoShqip.

InfoShqip has learnt from close sources that the meeting was initially tense where Prime Minister Zoran Zaev was ashamed of the leader of Alternative Afrim Gashi, because he talked about building the state and made high demands.

From the beginning of the meeting, Gashi openly and clearly expressed himself, pointing out to the Prime Minister that if he sees Alternative as only 4 numbers, there is no need to continue the talks because Alternative is the future of this country.