Veto from the EU, blockade from Bulgaria, denial of the Macedonian identity and language, abolition of history class, collapsing of a bank, entering recession, record holders according to corona deaths and infections, holding elections in the midst of a pandemic… These are the biggest “successes” of the old/new government in just 100 days.

According to the experiences since independence, so far there has been no government with worse first hundred days, with so many scandals and failures. There was practically no day without an affair in which Zaev was the main actor.

In such a situation, the prime minister desperately needed a poll to show that he enjoyed popular support. The first choice for publishing such a poll is logically that it will be Telma, especially after 33 million euros were awarded to Makpetrol. 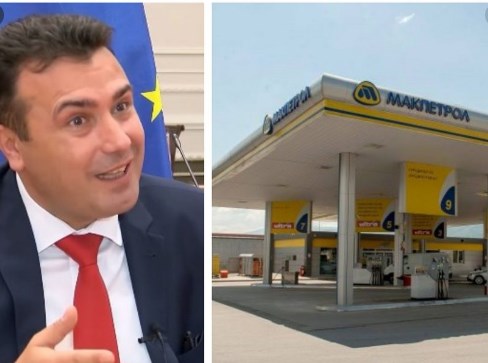 But even in such a poll Telma cannot hide the fact that most citizens share the opinion that this government has no results in the first months of rule. 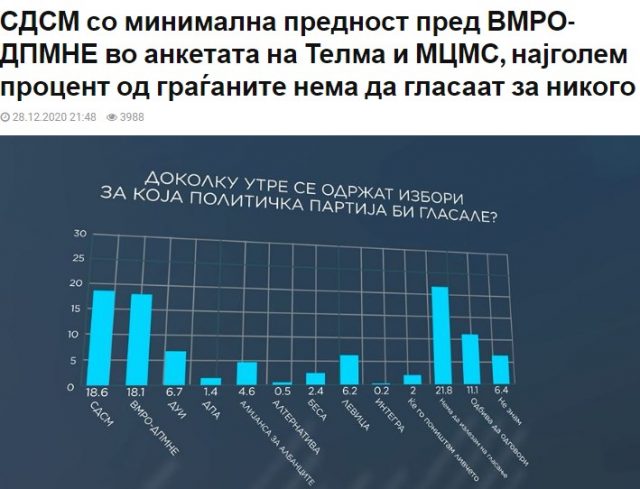 SDSM slightly ahead VMRO-DPMNE, according to the poll of the Macedonian Center for International Cooperation and Telma TV, the majority of people would not vote for any party if elections were held tomorrow.

These figures are a result of the policy of the leader of VMRO-DPMNE Hristijan Mickoski who led the rating of the Government to never be lower. That is why the government had to pursue a black campaign against the leader of the opposition and self-promotion of media that are no longer even pro-government but can be called government.