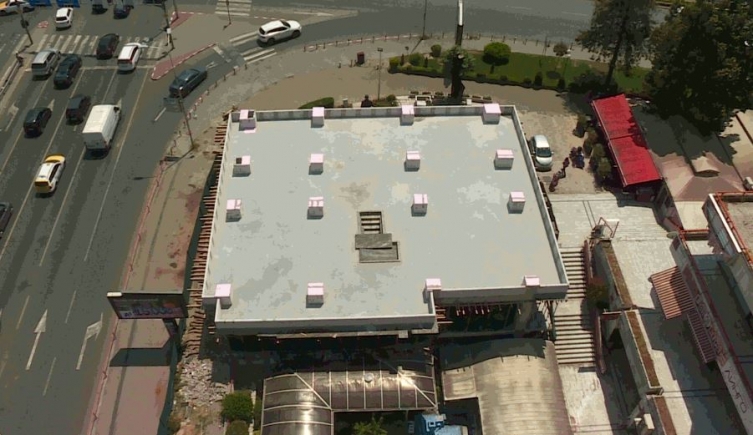 The unlawful built that was being put in place in the Mavrovka shopping mall, across the main Skopje courthouse, and was spectacularly demolished by an intervention from the Government this summer, is under construction again.

The building became symbol of unchecked corruption as the Cair town hall refused to have it removed. The Zaev Government made an order to demolish it, even though it is not under its mandate – and in fact prosecutors aligned with Zaev have long persecuted former Prime Minister Nikola Gruevski for allegedly doing the same thing based on warrantless wiretaps – only for Zaev to leave a signed order in the case of Mavrovka. Zaev ordered the demolition on the first day of his new term, and said that it is a symbol that the rule of law will not be violated.

VMRO-DPMNE: This criminal government brags about the demolition of the illegal building near “Mavrovka” and they themselves allowed it to be built there

The build is at the site of a former cafe that faced RPG attacks and then a huge fire, that was possibly planted to clear the way for a new development. The owner, Mevludin Aliti, insisted that he is only replacing the light construction that enclosed the terrace of the cafe during winter, but fact had laid concrete pillars strong enough to support a full building.

After the demolition, the site is now again under construction. Enter the Cair municipality again, where mayor Visar Ganiu again defended the owner, stating that he has the right to rebuild the burnt cafe, but in the previous form. Ganiu said that if Aliti again surpasses the allowed height, he will have the site demolished again.