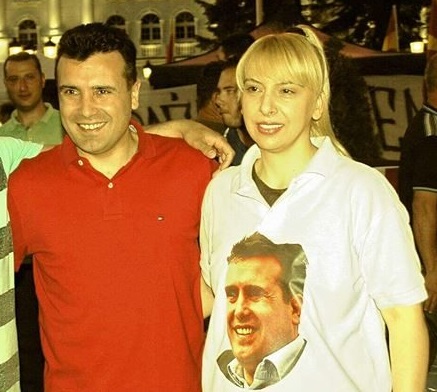 Former participant in the so-called Colored Revolution and loud activist of SDSM, Meri Nikolova Buxhaku, said on TV Alfa “Sto ne e jasno” show that Zoran Zaev offered her money, telling her to go to the headquarters of SDSM and take as much as she wants.

Zaev said everything you need, go get money at the party. I said that while I am healthy and have rights, I will never take money from the party, I will work and I will know that what I will do is mine, said Nikolova Buxhaku.

Nikolova also revealed that in addition to money, she was offered various positions, such as prison warden, but she did not accept it.

We had a meeting, after 8 months, we talked and after two weeks he changed his mind, in the meantime, I told him: “I expected you to be human and call the real fighters, not just those who know how to court, and we while we were fighting, they made a list of who to take which position.” Our conversation was only once, after the victory, all our agreements were through “Viber”, said Nikolova Buxhaku.