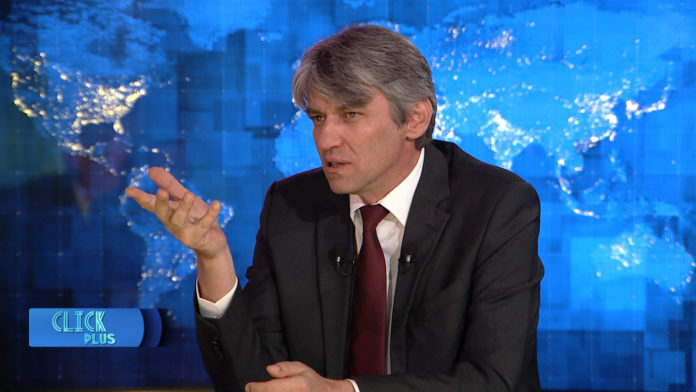 In an interview, Ziadin Sela from the Alliance of Albanians said that he never received a serious offer from SDSM to form a coalition, adding that from the start, Zoran Zaev seemed determined to reach a deal with DUI leader Ali Ahmeti.

We allowed DUI to have a first shot at negotiating with SDSM to see if they can keep their pre-election promise to have an ethnic Albanian Prime Minister for the full four year term. DUI failed and should go in the opposition for breaking its word, Sela said.

He added that, in fact, the nationalist proposal from DUI, and its subsequent loud refusal from Zaev, was a ploy, meant to have the both parties better positioned to get voters riled up by nationalism. “Ahmeti was doing this with Gruevski in the past, and is now doing the same manipulation with Zaev. SDSM always wanted to continue its coalition with DUI”, Sela said. The two parties were also accusing each other of being criminals, and Zaev famously promised to send DUI in the opposition.

He also dismissed the idea that Naser Ziberi – DUI’s candidate for the first Albanian Prime Minister, will be named ombudsperson, in a concession move. Sela insists that the office should go to a candidate of an opposition party, not a ruling party.

DUI has 15 seats in Parliament, and the coalition made up of the Alliance of Albanians and Alternative has 12. SDSM needed at least 15 votes to have a chance to form a Government. Sela blames DUI of winning its seats with extensive ballot stuffing in depopulated majority Albanian parts of the country.