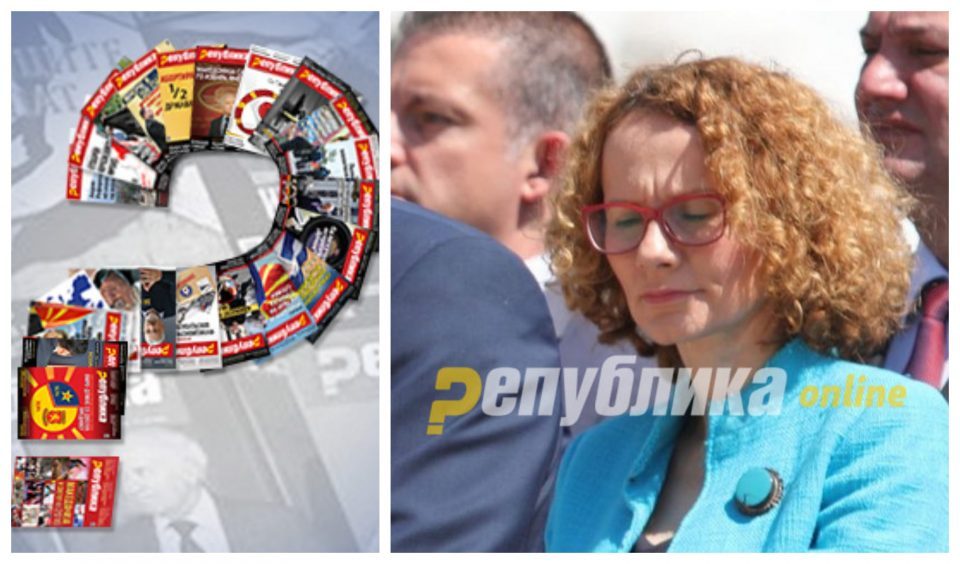 We lie, we steal and we have lice. We may not wear Louboutin shoes, Prada and Luis Vuitton, but we sleep peacefully, even on the ceilings, and have no particular need to mess around with someone lying and stealing for us. And yes, it is true that the lie is louder than the truth, but the truth is the one that wins. Therefore, Minister Sekerinska, we will wait for the truth, and then we will see who lied and who stole. Right, in, unfortunately, your vocabulary.

The angry Radmila Sekerinska threatened Republika on Facebook. It bothered her that we have mentioned her in the title of a text taken from another news portal, with a cited source referring to the testimony of the witness in the BPPO’s “Racket” case, Orce Kamcev, for which the organized crime prosecutor Vilma Ruskoska herself said it was authentic.

Wasn’t Sekerinska disturbed when she sent her husband to their family friend Orce Kamcev to watch football while she was negotiating rackets in Orman, like she was when she read her name in our title. Or maybe she got tight in the company from the photograph? All the blurry characters and the innocent Radmila?

You know, when we read your post we can’t get rid of the image of a raging bull. So much anger in a seemingly fragile woman… So sad. But on the other hand, you show that you know the crime anatomy with surgical precision. You know, from inside…

I will sue “Republika” for its lies because reactions to them are unnecessary and futile. We all know that, with each of its unsigned texts, they are doing the job for their “unknown” bosses. The bosses were stealing our country, and they were tasked with lying about it. They lie and manipulate with the clear purpose we see in action every day in the courts: to disrupt, impede, or delay all proceedings for the crime, corruption, and abuses we have heard in the “bombs” we have seen in action in the past 10 years. They created a mafia structure that took away businesses and destroyed lives overnight, which controlled, blackmailed and paid journalists who only knew how to bribe, buy and sell… and now want to escape justice and responsibility. What will it do? Same thing, but with more lies and more money. They have failed so far. And they will fail now!, reads Sekerinska’s post.

Back down, Minister, you are not honest