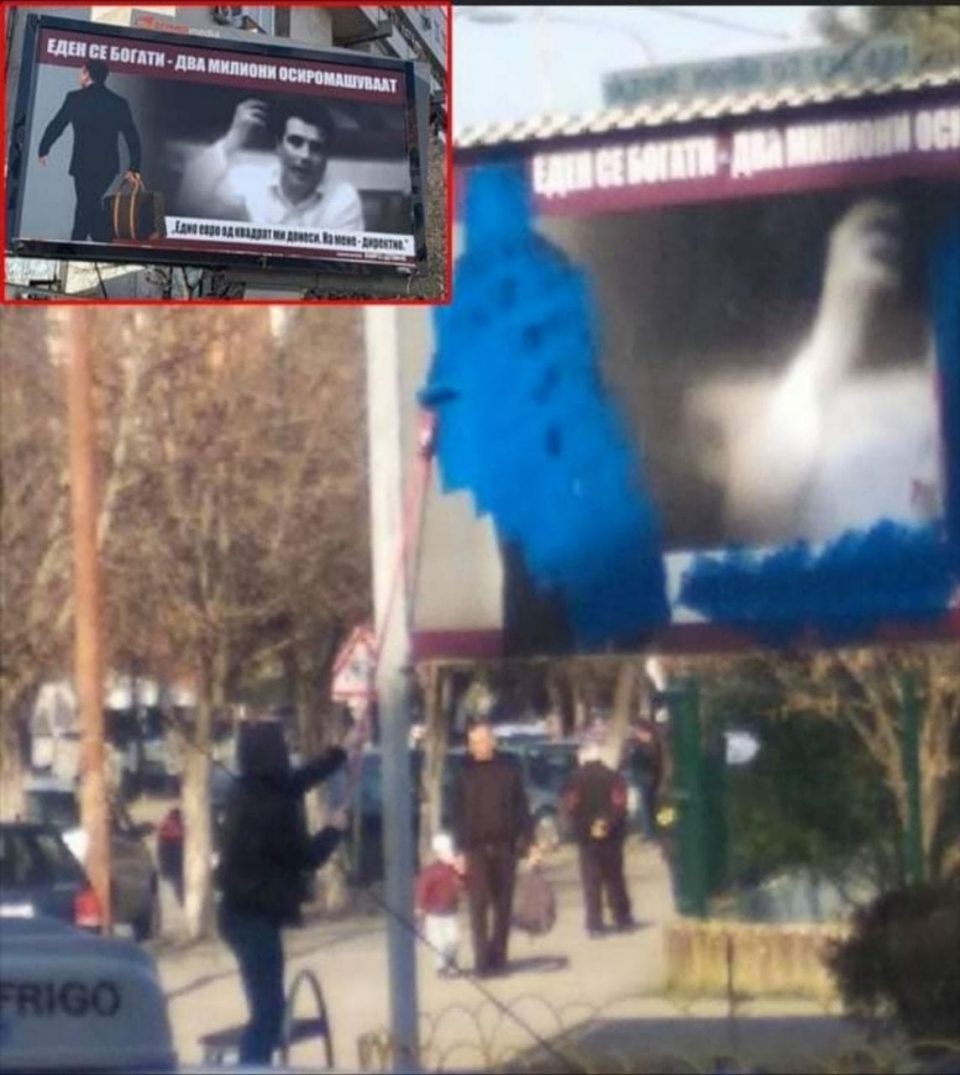 Billboards, which show a moment from special investigative measures, where Zoran Zaev is demanding 200,000 euros bribe, have been placed on several locations around the country, sparking a panic reaction among the ruling party. 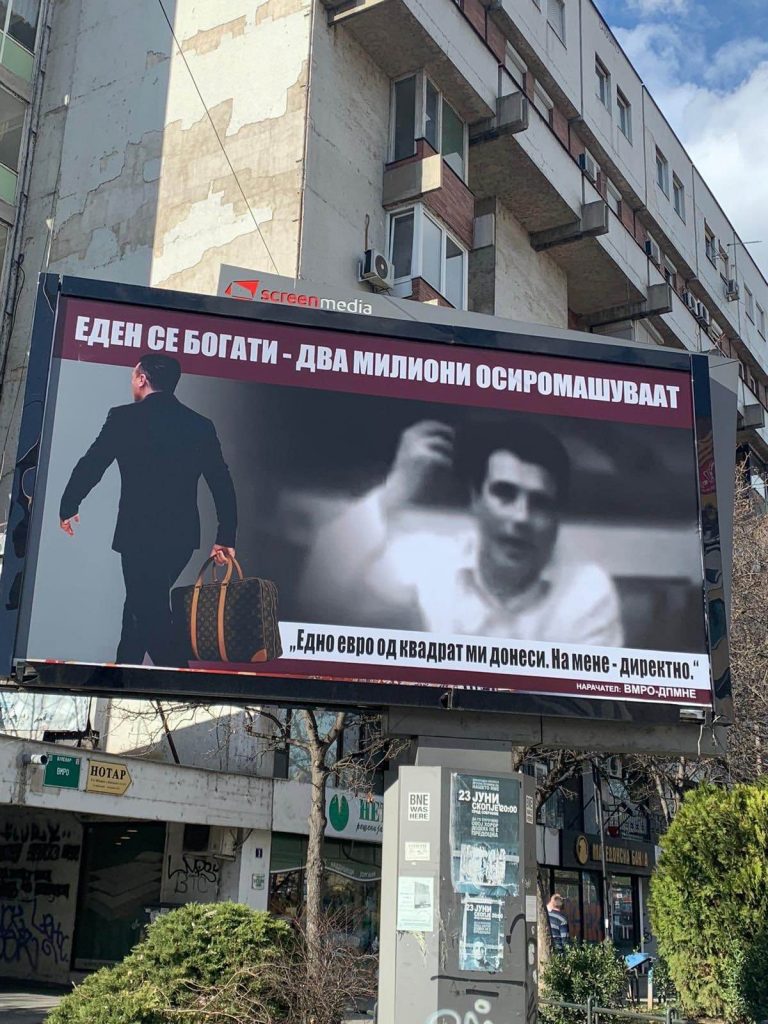 SDSM members painted the billboards in order to hide the shame. After citizens noticed the paint on the billboards depicting SDSM crime, they started reacting on social media that paint can’t hide the crimes. VMRO-DPMNE is behind the campaign that reflects the truth about Zaev’s crime to which the institutions still remain silent. Painting the billboards only shows that the truth is not in SDSM’s favor.