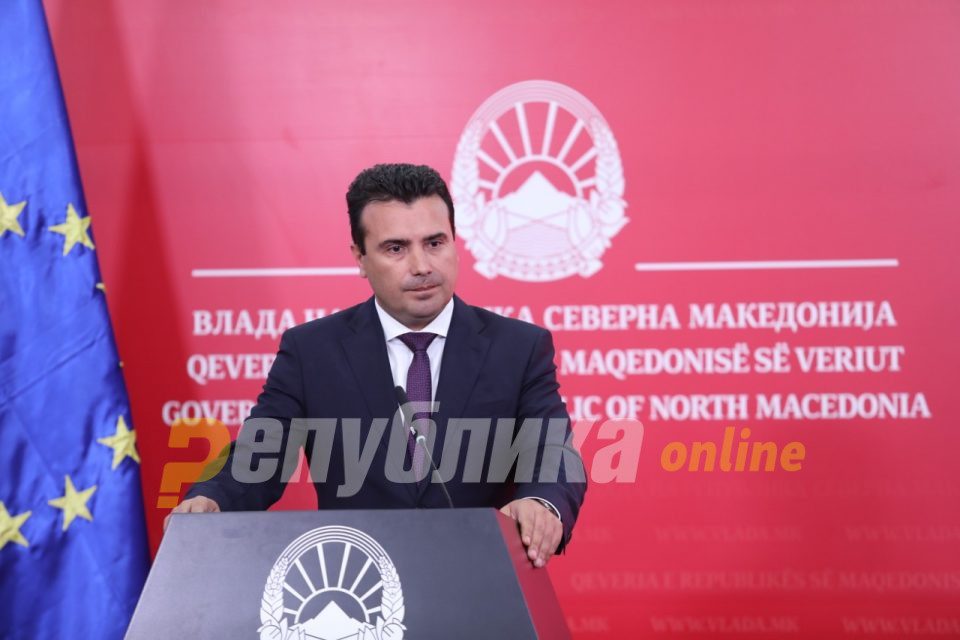 I will continue direct communication with presidents and prime ministers. I’m a straightforward man and I have no intention of going through some protocol next time I call Borisov or any other prime minister or president, Prime Minister Zoran Zaev said on Wednesday.

He pointed out that “North Macedonia” is a friend of all countries and that it communicates with all of them because he thinks it is helpful for our country.

Communication brings information which helps in the decision-making, growth and progress of my country. There is no protocol that can limit me if I want to call you or Prime Minister Haradinaj, Prime Minister Brnabic, to call the Croatian Prime Minister Andrej or anyone in the region, Zaev said.

He added that all this is an alarm for everyone to raise the level of work of the protocols when making calls through government telephones, but pointed out that he will continue to communicate by phone, using Viber, WhatsApp and all other applications, because as he said the communication today is good for everyone.

Asked whether he would react to the statement of Bulgarian Prime Minister Boyko Borisov, Prime Minister Zaev, said that he certainly reacted and a note has already been sent in order to correct the mistakes.

Sometimes mistakes happen even at home. We are Macedonians, who live in North Macedonia, Zaev said.

Asked if anyone would take responsibility for the conversations with the Russian pranksters and whether their claims that he send them photos were true, Zaev said he answered that question yesterday and at that time he believed that he was communicating with President Poroshenko.

As I received pictures of the parade of the Ukrainian military from the so-called or fake president Poroshenko I sent pictures of Merkel’s visit or the like. I do not know exactly when the communication was, but it is possible, Zaev said.