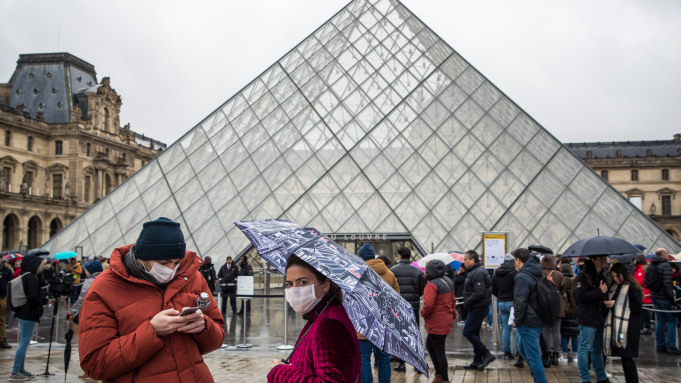 Just over two months ago, before the outbreak of the pandemic, the then French health minister asserted there were plenty of face masks in the country, but today France is facing a huge shortage of them and the government is desperately trying to ease it. Although masks are manufactured in four factories in the country, they cannot serve the increased demand, so France has to import more from China, writes the V4 news agency.

V4NA looked at the series of events leading to this point.

Four factories are producing surgical masks at the moment in France, but they are unable to cope with the increased demand amounting to 40 million masks per week. In order to provide health workers with proper protective equipment, the country has to order masks from China. It is quite a departure from the government’s position a little more than two months ago.

On 26 January, then Health Minister Agnes Buzyn asserted that there would be no shortage of masks in the country in the event of an epidemic. At that time, there were only three confirmed cases in France.

On 19 February, France delivered 17 tons of masks and other protective equipment to China even though the number of patients had increased to 12 and one person had died. The ministry said that shipment would not be missed in French hospitals as there were plenty of masks in stock.

Barely two weeks later, on 3 March, Emmanuel Macron announced that he had seized all the masks both in stock and in production in France for health workers, practically admitting that they were already in short supply at that point. The number of patients had grown to 212 by then, and four people had died of the infection.

Another two weeks passed when, on 17 March, Health Minister Olivier Veran said 110 million masks were in stock. He estimated that number to be enough, though he chose his words more carefully, saying it would depend on how long the epidemic lasted. There were 7,730 patients in the country by that time, and the death toll had risen to 175.

A few days later, on 21 March, the health minister announced that 250 million masks had been ordered and would be delivered in several shipments. He claimed to have 86 million masks in stock in the country, adding that supplies included 5 million units of FFP2 masks that provide higher protection and 24 million units a week were expected to be used. The pandemic had widely spread by this time, with 14,459 patients and a death toll of 562.

With the number of cases on the rise, the projected weekly use of 24 million masks has gone up to 40 million. As manufacturers in France do not have the capacity to produce such quantities, masks had to be ordered from China. The first shipments of protective gear arrived at Charles de Gaulle and Paris-Vatry airports in Paris yesterday. Weekly four shipments are scheduled, with the next batch of protective equipment landing on Wednesday. A total of 16 shipments are expected to arrive in April.

Today, Emmanuel Macron visited the largest of the four French mask manufacturers in Saint-Barthelemy-d’Anjou near Angers. In his speech, the French president said that France aimed to be completely self-sufficient in the manufacture of masks by the end of the year, noting that factories need to ramp up production to achieve this goal. President Macron added that a consortium will be set up of companies – including Air Liquide, the PSA group, Schneider Electric and Valeo – to manufacture ventilators. The consortium is expected to produce 10,000 units by mid-May and the French government will allocate 4 billion euros for the healthcare system to finance procurement.

On Monday, an unprecedented number of 412 people lost their lives, bringing the death toll to a total of 3,024 in France. Currently, there are 21,000 patients in hospitals, with 5,056 in critical condition on ventilators.