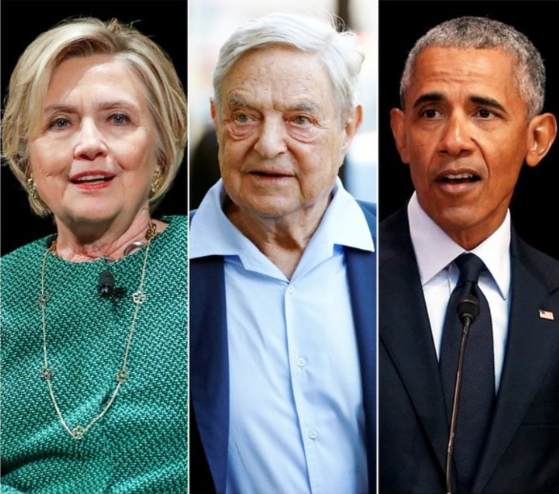 A New Mexico man is accused of illegally detaining migrants at the US border with his right-wing militia group, which — according to him — was also training “to assassinate George Soros, Hillary Clinton and Barack Obama,” authorities said Monday, New York Post reports.

Larry Mitchell Hopkins, 69, allegedly claimed that his group wanted to take out these individuals because of their “support of Antifa” or anti-fascist activists.

Court documents unsealed Monday by the FBI outlined his alleged plans, but did not say who Hopkins was speaking to when he made the supposed statements. Agents arrested him Saturday more than a year after he was first investigated.

The charges Hopkins received — being a felon in possession of firearms and ammunition — stemmed from a prior conviction and followed reports of his group’s detaining of migrants.

Described as the “national commander” of the UCP, Hopkins allegedly directed its members to stop people from coming into the US from Mexico while being “armed with AK-47 rifles and other firearms,” his arrest affidavit says.

A group spokesman told Reuters that they helped Border Patrol detain over 5,600 migrants in the last two months, alone.

“Today’s arrest by the FBI indicates clearly that the rule of law should be in the hands of trained law enforcement officials, not armed vigilantes,” said New Mexico Attorney General Hector Balderas in a statement after Hopkins’s arrest.

The militia leader’s lawyer, Kelly O’Connell, has denied any wrongdoing and claims UCP was in no way planning to kill anyone.

“[Hopkins] says that is categorically false that that’s what they were doing,” O’Connell told reporters. “There was no plan to do any of that.”

The American Civil Liberties Union has labeled the UCP as a “fascist militia” that impersonates law enforcement. But O’Connell insists that they’re “not breaking any laws.”

“We’re not pointing guns at people, we’re not putting anybody in jeopardy,” he said, “including the illegal immigrants.”