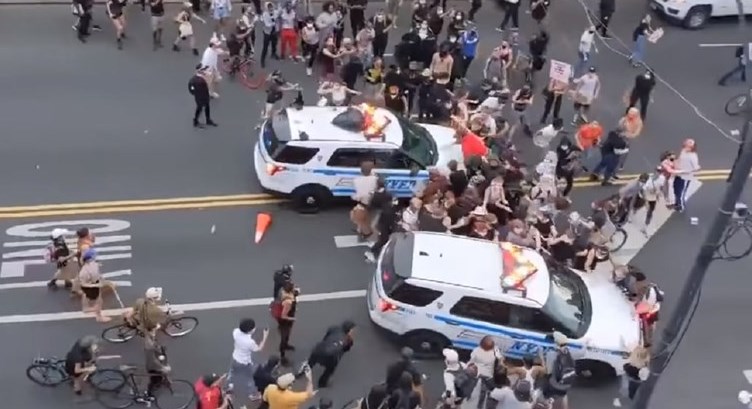 Protests over the death of George Floyd raged from coast to coast — with crowds breaking curfew in major cities on another night of fury and frustrations, CNN reported.

Fires burned and and tear gas canisters flew in Minneapolis as people threw objects at officers. In Seattle, smoke filled the air as police in riot gear lined up outside stores. And in Philadelphia, firefighters doused blazes and officers chased a group of protesters down the streets for violating curfew. The words “I can’t breathe” were scrawled on a building not far from where smoke billowed.
Looters ransacked stores on the famous Melrose Avenue in Los Angeles, leaving shelves bare and setting some buildings ablaze.

At least 25 cities have imposed curfews and numerous states activated National Guard forces in anticipation of another night of protests, sparked in part by the death of Floyd — who was unarmed and handcuffed — while in Minneapolis police custody.

The former officer seen in a video kneeling on Floyd’s neck was arrested and charged. Protesters are demanding the arrest of three other officers at the scene.

Vlado Jovanovski: Those imprisoned in the April 27th trial are the martyrs of Macedonia