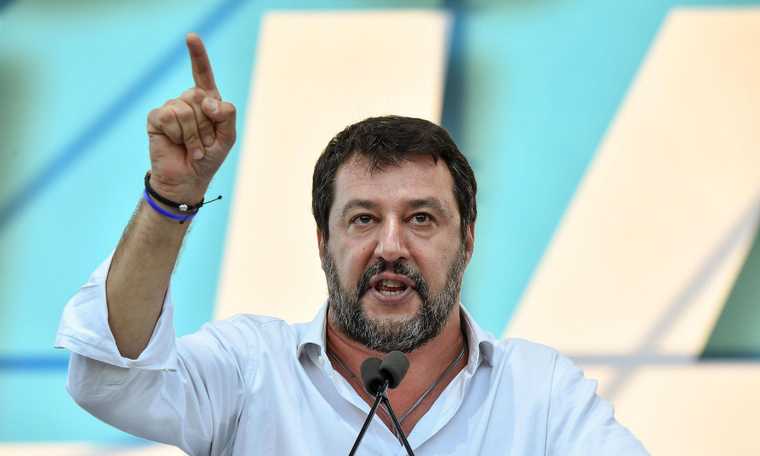 “Il governo è finito” – the government is finished – Matteo Salvini posted on Facebook reacting to news that Luigi Di Maio, president of the Five Star Movement (M5S), member of the governing the left-wing coalition, has resigned.

Di Maio, who kept his position as Foreign Minister, tried to lecture Hungary in September last year by saying: “It is easy to be a nationalist when it is about the borders of others. Anyone who does not accept the quotas should be severely penalised.” He also added: “European offices need to be set up in transit countries where migrants can apply for asylum, so that they can be transferred to the whole of Europe, not just Italy, via humanitarian corridors”, the V4 news agency reported.

One of the main reasons for Di Maio’s resignation is that his movement has lost much of its popularity (fallen from 32 per cent to 16) since joining the coalition with the traditionally left-wing Democratic Party to gain ministerial positions. Moreover, the Democratic Party was none other than the “explicit enemy” of the movement, and some of their supporters never forgave the Party’s U-turn. The Five Stars Movement will also run in the elections on Sunday, but according to forecasts they are likely to gain no more than 5-10 per cent both in Emilia Romagna and in Calabria.

Many agree with Salvini’s view that if the League party “liberates” the two provinces from left-wing rule, it could lead to the fall of the current government. In fact, the League has won all five provincial elections held in 2019: Abruzzo, Sardinia, Basilicata, Piedmont and Umbria, while all these provinces were so far ruled by the left wing “democrats”. The 5 Stars’ fall is also signalled by the fact that two MPs left the party this week, and they have lost more than fifteen MPs since August.

Another sign of political disintegration came after M5S announced that another 30 party members were threatened with expulsion for failing to transfer 300 euros (more than euros 90,000 altogether) monthly from their parliamentary salary to the party budget. Some of the debts of Senators and MPs from M5S have already reached 200,000 euros.

Nicola Zingaretti, secretary-general of Democratic Party told Rainews 24 that the decision of Di Maio “has no effect on the government. I think we need to take action and fight against the centre-right.” (In the picture below, Zingaretti is on the right, campaigning for one of his candidates.