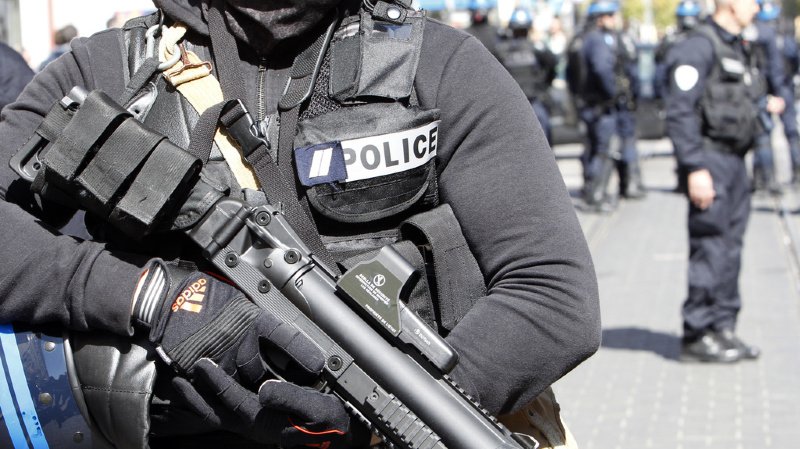 Three people were killed in a knife attack in a Nice church on Thursday that investigators are treating as an act of terrorism, French Prime Minister Jean Castex confirmed.

Mayor Christian Estrosi said that the attacker was shot and injured by local police who were quickly called to the scene at the Mediterranean city’s Basilica of Notre Dame.

The attacker “kept repeating ‘Allahu Akbar’ [Arabic for ‘God is most great’] in front of us while he was receiving treatment,” and left no doubt about “the meaning of his action,” Estrosi told press.

The killings come two weeks after France was shocked by the beheading of a teacher who had shown cartoons of the prophet Mohammed in a class on freedom of expression.

At least one of the victims in Nice had been attacked “with the same method,” Estrosi said.

Anti-terrorism prosecutors in Paris said they were taking over the investigation and treating the incident as terrorist murder.

A police source said another six victims were injured in the attack in the Mediterranean city’s Basilica of Notre Dame.

Castex, who interrupted a speech to lawmakers about a new national coronavirus lockdown due to come into effect on Friday when he heard the news, returned to the National Assembly in the early afternoon to condemn “this attack, as cowardly as it is barbarous.”

President Emmanuel Macron, who has vowed to intensify an already planned crackdown on all forms of Islamism whether violent or not, would travel to Nice, a source in the Elysee Palace said.

The city was the scene of one of France’s worst recent terrorist attacks, when a man rammed a lorry through crowds celebrating Bastille Day in 2016 on the seaside Promenade des Anglais, killing 86.

Nice was paying “far too high a price” for “Islamofascism,” Estrosi said.

France’s Catholic bishops announced that church bells across the country would sound a funeral toll at 3 pm (1400 GMT) and Catholics would be asked to pray for the victims.

“These murders recall the martyrdom of Father Jacques Hamel,” who was killed by Islamists in his Normandy church while celebrating mass in July 2016, the bishops said.

Meanwhile, a man was shot by police in the southern city of Avignon after threatening passers-by, apparently with a handgun, and refusing to drop the weapon, a police source said. However, the source said it was not thought to be a terrorist incident.

Also on Thursday, a Saudi man was arrested after he stabbed and slightly injured a guard at the French consulate in Saudi Arabia, the state news agency SPA reported, citing a security official.

Italy expressed “deep condolences for the barbaric attack,” with Foreign Minister Luigi Di Maio writing on Twitter that his country “remains standing with France in the fight against terrorism and all violent radicalism.”

European Commission President Ursula von der Leyen said that “all Europe” was in solidarity in France.

“We will remain united and determined in the face of barbarity and fanaticism,” she tweeted.

U.S. Embassy in Israel warns of terrorist attack during Eurovision