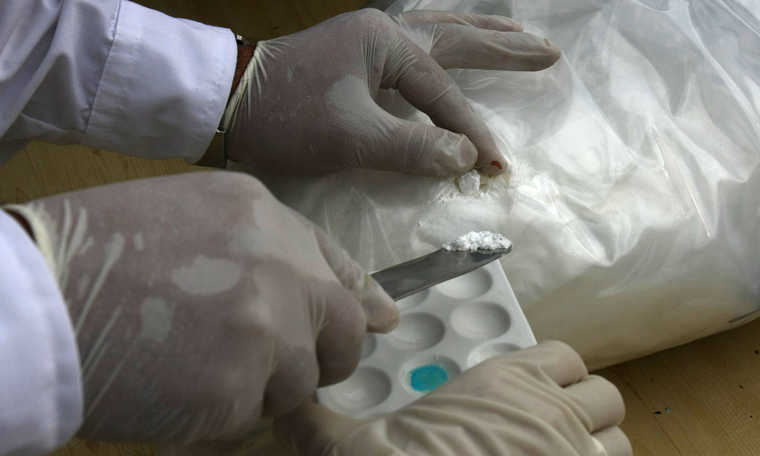 In the one month since mid-October, when the first small and strange, black packages appeared on the Atlantic coast of France, more than a tonne of cocaine has been washed ashore.

Authorities have launched an investigation to find out where the huge amount of particularly pure cocaine (83 per cent purity) came from. Speaking at a press conference Rennes Prosecutor Philippe Astruc said finding such a huge drug haul is unprecedented. In comparison, French authorities seized a total of 17.5 tonnes of cocaine in 2018, the V4 news agency reported.

The packages, probably part of a ship’s cargo, have been dumped into the sea for some reason and are now drifting ashore. It is still unclear exactly why and how the dangerous packages ended up in the water, but some speculate that a drug-trafficking ship may have been caught in a storm and its crew released the cargo in order to reduce the ship’s weight. This seems a likely scenario and European intelligence services believe around two-thirds of the cocaine arrives to Europe by sea, where the relatively cheap and uncontrolled routes are the drug traffickers’ favourite choice of transport. The chances of being caught are miniscule, with customs officers only inspecting about 1-2 per cent of containers arriving by sea.

Europe is the second largest drug market in the world after North America. Much of the cocaine comes from the three main producing countries: Colombia, Peru and Bolivia. Cocaine is usually shipped in from Brazil and, after passing through the Caribbean, mostly arrives in the ports of Rotterdam in the Netherlands, Antwerp in Belgium, Barcelona in Spain and Le Havre in France. The Spanish inscriptions “Diamante” and “Brillante” on the packages also indicate that the goods came from South America. It appears that some former left-wing guerrillas have given up political activism and are now trafficking cocaine.

Fire breaks out in Secretariat for European Affairs’ offices