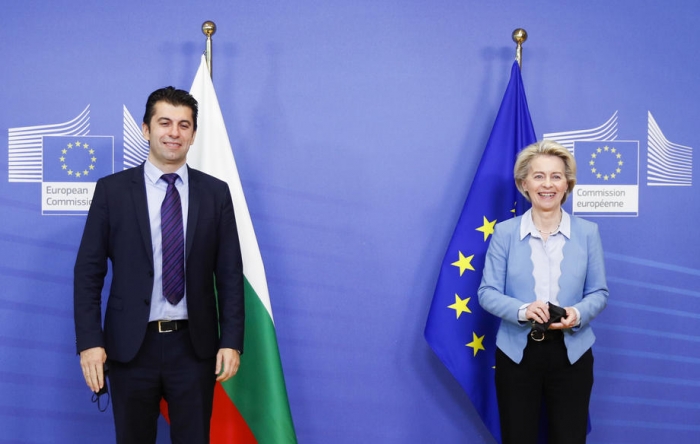 After meeting with European Commission President Ursula von der Leyen in Brussels on Friday, Bulgaria’s Prime Minister Kiril Petkov said Sofia needs to upgrade its position towards Skopje with working groups, which should not be a political act but real work. According to Bulgaria’s PM, the position towards Macedonia was clear and enshrined in the coalition agreement.

History is important, but it cannot be the only topic in bilateral relations. Bulgaria’s interest must be protected, but also upgraded. We need to talk about infrastructure – the railway from Sofia to Skopje must finally happen. In economic terms – it is good that Macedonian businesses can sell on the Bulgarian market and, accordingly, Bulgarian businesses can be on the Macedonian market, said Petkov.

According to him, everyone in the Balkans is enclosed, divided, and so much can be gained from such a process. Kiril Petkov added that he wants to meet with the future Prime Minister of the Republic of Macedonia after his inauguration. He announced that Bulgaria would review and resubmit the Recovery and Development Plan to the EC.