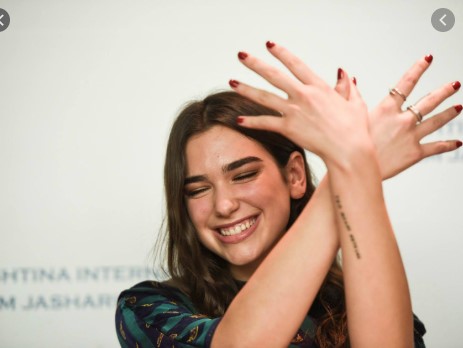 A quick spreading twitter thread offers an alternative explanation to the unexpected popularity of ethnic Albanian singers. A string of singers with origins in Albania, Kosovo or Maceodnia, some talented others less so, have become international stars in short succession, starting with Rita Ora and Dua Lipa, and leading to Bebe Rexha and Ava Max. Some have done very well on the global stage, while others had a brief, fleeting brush with fame but still have an active touring schedule, including in the Balkans.

But some curious events, like the now infamous Rita Ora concert in the Croatian city of Zadar, have fed a speculation that much of their popularity is fabricated, with a very clear purpose – money laundering. In 2019, Ora was promoting a concert where she claimed 60,000 people attended and had great time in a wonderful atmoshpere – one problem though – the hall where Ora performed fits only 9,000 people, and even that was capacity was clearly half filled. Citizens of Zadar told local media outlets that they found packs of tickets to the concert left on their cars and in their doorways, making the event practically a free for all.

What purpose would concert organizers have to hold events for singers who may not be as popular as they claim? The theory put forward on Twitter, by anonymous users, is that it could be money laundering for the Albanian mafia. Albanian groups have built a reputation for moving large quantities of drugs, weapons and prostitutes across Europe, generating large amounts of cash that is difficult to put into the legal, lawful financial systems. Besides the usual laundering methods, through real-estate development and high volume traffic points like shopping malls, one alternative option could be having concerts for starts that collect high fees – at least on paper. Over-representing the number of attendees could help a company explain the large quantities of money suddenly sloshing around on its bank account, which could then be invested in legal businesses. 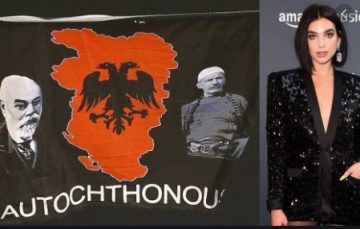 A recent development is that these stars have become more openly political or rather nationalist – especially after Dua Lipa posted a map of Greater Albania with a comment declaring the Albanians as the original inhabitants of the Balkans (and implying that other nations are imposters). All other Albanian origin stars followed suit and supporter Lipa, who found herself under pressure for pushing another nationalist idea like the ones that have led to bloodshed in the recent Balkan history.