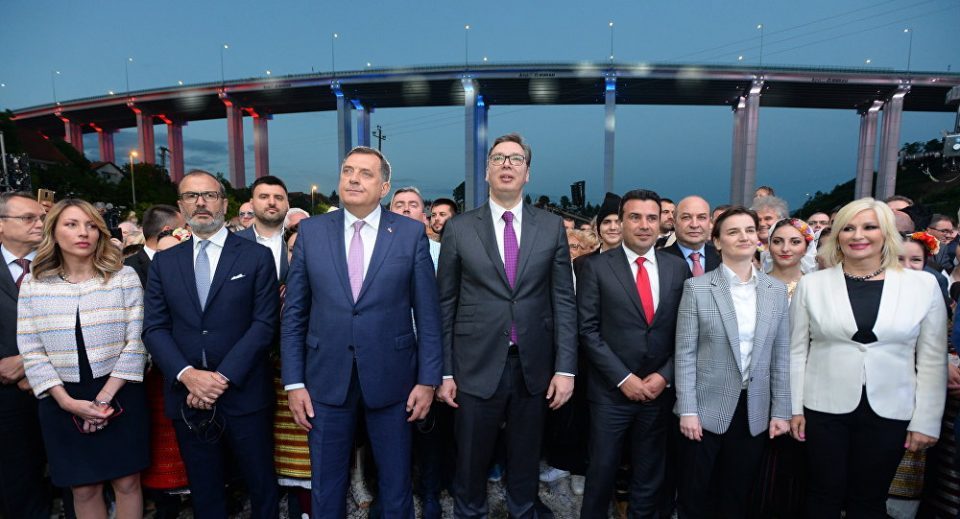 Serbian President Aleksandar Vucic, speaking on TV Pink on Sunday evening, among other topics, also referred to the last communication between him and the Macedonian Prime Minister Zoran Zaev, in relation to the case with the Russian pranksters.

According to Vucic, Zaev apologized after the media published a conversation in which the Macedonian prime minister said he was a man of Russia.

He sent me an apology, sent me a message. I said greetings comrade, what else should I tell him, am I a man of Russia or not? I am proud that I am a Serb and I am fighting only for Serbia and it is well known that I am neither a man of America nor Russia, and that is the weight of my position and that is why a small number of people want me in power in Serbia because I am a man of Serbia and our citizens and our people, said Vucic.

Regarding the idea of exchanging territories in Kosovo, Vucic said that “if someone offered what Zaev was talking about, I would have accepted it with both hands, but obviously he talked about it with someone who knows little about the negotiations between Belgrade and Pristina”.

The Serbian President today in Belgrade welcomes French President Emanuel Macron, who, like Prime Minister Zoran Zaev, was a target of the Russian pranksters.