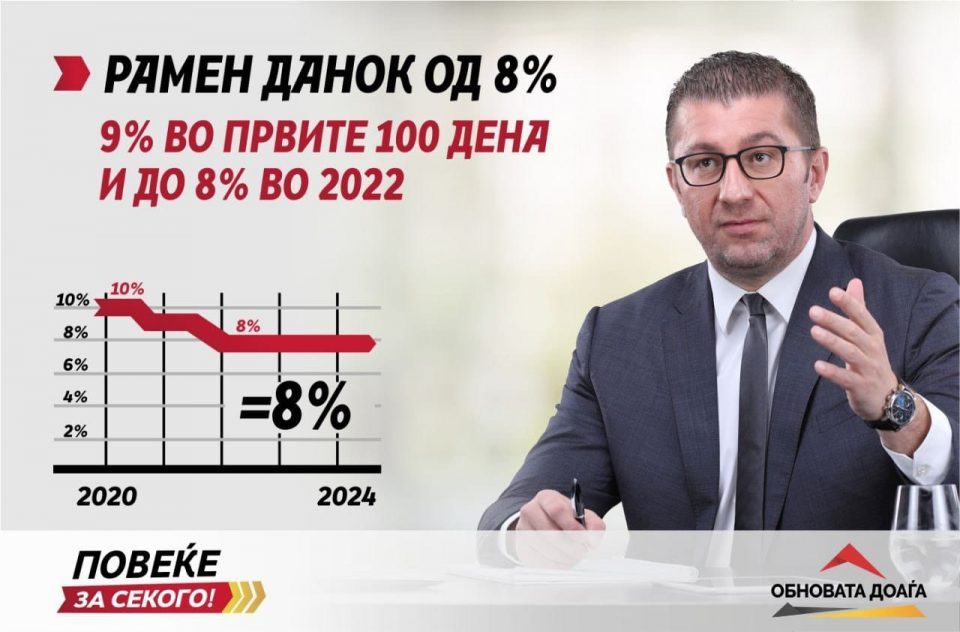 An ambitious and serious program that can be accomplished and does not look like a wishlist. These are some of the comments of economy experts on the VMRO-DPMNE program in the forthcoming early parliamentary elections in the area of economic policy, which was presented Saturday by leader Hristijan Mickoski.

In the program, he announced higher salaries for citizens by 25 percent, increased pensions by 20 percent, ie more than 3,000 denars, more investments, announced a flat tax that would drop to 8 percent, drastically reduced unemployment below 10 percent, and income tax exemption for employment of young people up to 29 years old.

Economists say if there is a solid economy, salaries can rise at this pace. Goran Rafajlovski in a statement for Republika says that this increase is realistically achievable for one term.

If there is a 5% pay rise every year, for example, it will turn around the inflation, but on the other hand there will be a serious increase in consumption. The increase in salaries should be in both the administration and the private sector, and that will mean boosting the general economy during one term. Short-term will be bad for business, but long-term will be extremely positive, as it will increase consumption, says Goran Rafajlovski.

The VMRO-DPMNE leader announced that the program envisions the complete abandonment of the concept of progressive tax and the introduction of a flat tax of up to 8 percent.

Regarding the reduction of the flat tax, Rafajlovski says that the change from flat to progressive tax has done huge damage to the Macedonian economy because it was hasty and reckless, and the consequences will be felt in the future because of many IT- companies have moved out of Macedonia. And in Western European countries, he says, there is no one who is not trying to hide progressive tax levies and that is why flat tax policy is better. For further reduction, he emphasized that serious calculations should be made in the Budget.

Mickoski: We commit ourselves to increase wages by 25% and pensions by 20%, reduce unemployment rate below 10%

He says any future government should also deal with problems like the gray economy and lack of workforce.

Regarding the workforce, he says that soon we will have to import because Macedonia is facing enormous migration.

I do not agree with the data that the unemployment rate is 17%, I think it is much lower, says Rafajlovski, who emphasized that a census should be implemented as soon as possible and based on the data a strategy for education and business should be built. A lot of work awaits us if we want to preserve the state, he concludes. 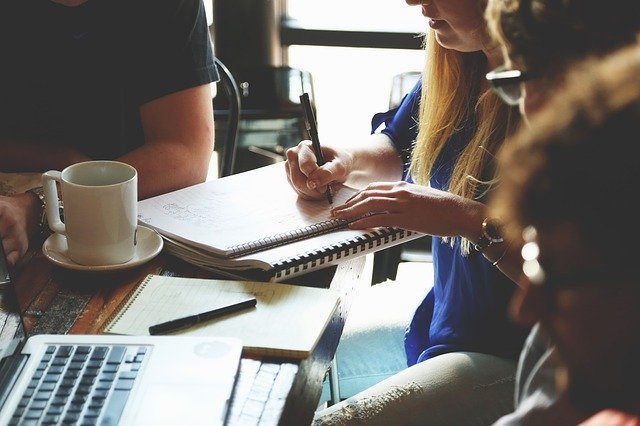 How the economic measures of VMRO DPMNE are evaluated, we also consulted businessmen. They are positive about the flat tax reduction measures and the zero personal income tax measure for young people aged up to 29 which means exemption from personal income tax for the employment of young people aged up to 29 that have an annual net income of up to six and a half thousand euros.

This concept means that it is around 550 euros a month net salary, which is a pretty good thing for young people. So, those two measures are good and positive, because if there are no income tax, that means every company will be relieved of that burden, and that won’t be a TIRZ company, for example, businessmen say.

According to them, the measure to build a network of export promoters for domestic export companies and promoters to attract foreign direct investment is also good.

That means the promotion process to be back as before. If we as a country are present in promoting investment opportunities, it is positive as most of the companies that have come in the last period either came because of previous contacts made by the promoters or came from their analysis of the region. So to continue the process of promoting the state that will contribute to greater awareness of the state so that someone can come and invest, they say.

Mickoski announced that the program envisages putting Macedonia on the Doing Business top 10 list, where in recent years there has been a decline, but also on the Forbes list. For businessmen, this should mean a general improvement of the business climate.

It is a general improvement of the business climate and improved conditions for doing business and greater local competitiveness. This means that it is not about statistics says, but of having real visible things, which means having a dialogue with the business sector and addressing the problems or difficulties that companies face.

The leader of VMRO-DPMNE announced a new four billion euros of domestic and foreign investment during one term, ie more state support for the domestic economy and companies and attracting foreign direct investment through a reformed model that will be attractive to global companies.

He also announced more than 90% realization of planned capital investments annually, careful planning and delivery of what is planned.