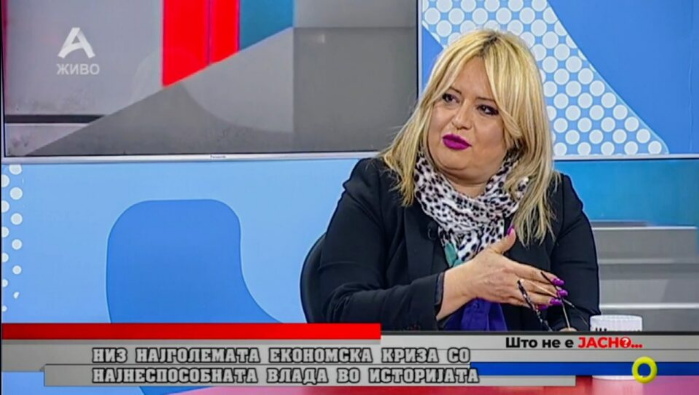 Macedonia has low growth rates and spiking inflation, and badly worsening trade exchange in the last quarter of 2021, where our deficit is up to 900 million EUR due to the energy imports. Sanctions will be an additional blow for our farmers, said Maja Kadievska Vojnovic in an Alfa TV interview.

The Central Bank economist who is part of the VMRO-DPMNE Executive Committee said that this all is a very bad indication for the future of the economy.

The Government failed to intervene, especially in the gas prices, where it should have frozen the prices as many other countries in the region did or used the strategic reserves. The Government introduced its measures when the prices were already peaking. Therefore, the effect was not to stabilize the prices, but the contrary, Kadievska said.