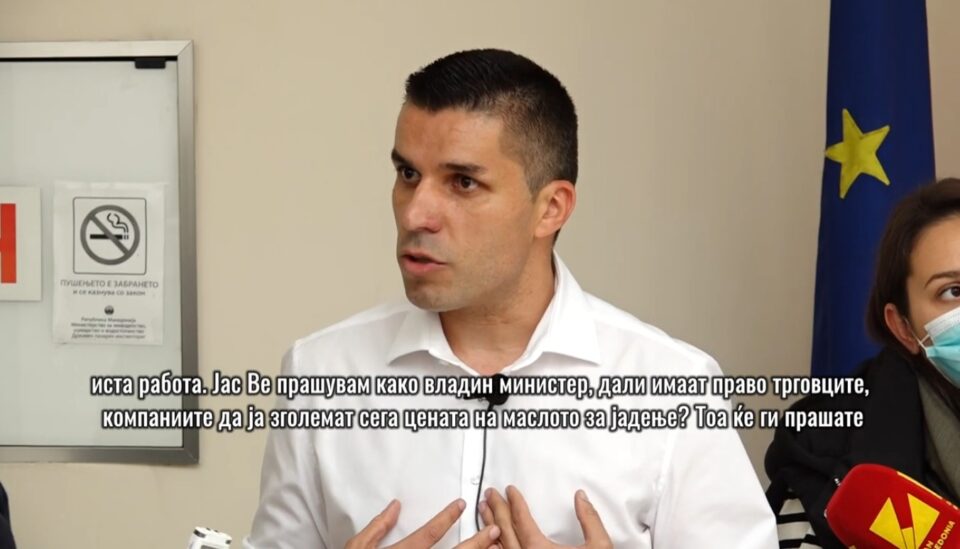 Agriculture Minister Ljupco Nikolovski lashed out at a journalist today, after he was confronted over the large spike in cooking oil prices. “Shame, shame”, Nikolovski said as he left the site of the press conference.

– You’re telling us for the third time. When people go to the store they see that the cooking oil is 30 percent more expensive. I ask you as a minister, who allows the retailers to increase the prices?
– Ask the authorities.
– What authorities, you are a minister in the Government?
– Not true. Not true. Read the laws.
– But you are the second, third man in the Government…, the journalist insisted, as Nikolovski left and mumbled about him.