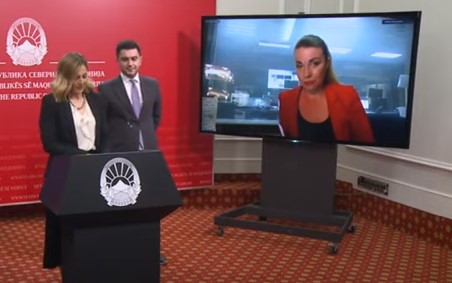 Two top Government officials shocked the public with their aggressive response against a journalist who asked questions about the stimulus program that is being put in place. Finance Minister Nina Angelovska and Economy Minister Kresnik Bektesi were asked when will the announced consumer cards, that are supossed to be distributed to poor citizens, be made avilable.

You raised a lot of questions. Many of them have a dose of hostility, complained Minister Angelovska.

I’m surprised that the journalist Aleksandra, who is experienced and knows a lot about the economy and how regulations are adopted fields such questions at us, added Bektesi.

The journalist replied that her office has had many calls from citizens asking about the announced program, and that she is merely asking questions that the Government is supposed to provide. Colleagues came to her aid and asked the same question, but received similarly testy answers.