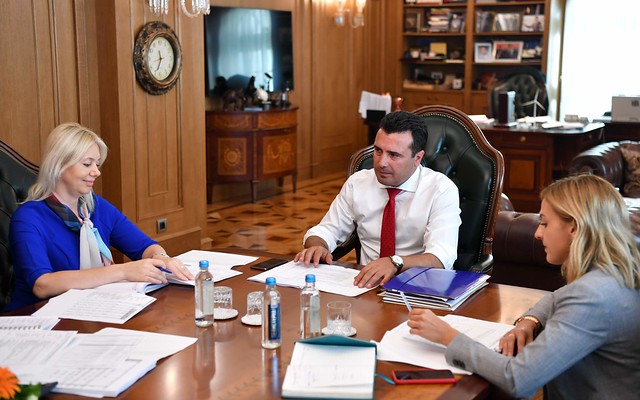 Following the latest bond issue of 62 million EUR, we have a new one, worth at least 40 million EUR, in the pipeline. Again it is Zaev who gives the orders and Nina is following them. With this, the Finance Ministry and the Government, which are under Zoran Zaev’s direct control, will increase our debt for more than 100 million EUR in one week, even as the citizens see no benefits from it. Our public debt has surpassed 5.3 million EUR and there are no infrastructure investments, nothing moves forward, and the citizens get poorer, said Svetislav Vasev from VMRO-DPMNE, warning the public against the plans to hire 3.000 additional public sector employees, based on a political deal reached between the ruling SDSM and DUI parties.

Zaev attempted to take over the Finance Ministry himself, but after this plan was shot down by the Anti-Corruption Commission, he nominated the e-commerce site owner Angelovska, despite her having no public finances experience.