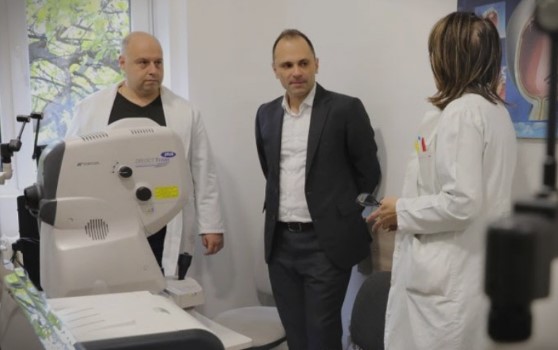 Healthcare Minister Venko Filipce refused to directly address the shocking threat from the head of the Islamic Community in Macedonia (IVZ) that he will call on his faithful to violate quarantine rules.

Reis ul ulema Hadzi Sulejman efendi Rexhepi asked for financial assistance from the public budget, and was quickly given money for the Islamic university. But what shocked the public was the threat that, if the aid is not given “God forbid, we will withdraw our calls regarding the pandemic”.

I asked my Secretary General to contact Deputy Prime Minister Bujar Osmani who is a member of the crisis group. Is there any response? He tells me nothing so far. I will remind them with another note  because if, God forbid, we give up and withdraw our decisions there will be no force alive that can defeat the epidemic. I guarantee you that. This place will become Bangladesh, the reis publicly threatened the Government.

IVZ agreed to close the mosques for the Friday prayer after much initial reluctance.
During his press conference today, Healthcare Minister Venko Filipce was asked about the threat from the reis but he responded in a round-about way.

Now is a time that we are all patient, endure, I know it’s hard but we must invest in our own and in the collective health, Filipce said.

The Macedonian Orthodox Church, which is in the midst of the Easter holidays, declared that it understands that the churches will be mostly empty on its biggest holiday. If the weekend curfew remains in effect next week as well,the churches will be completely empty.