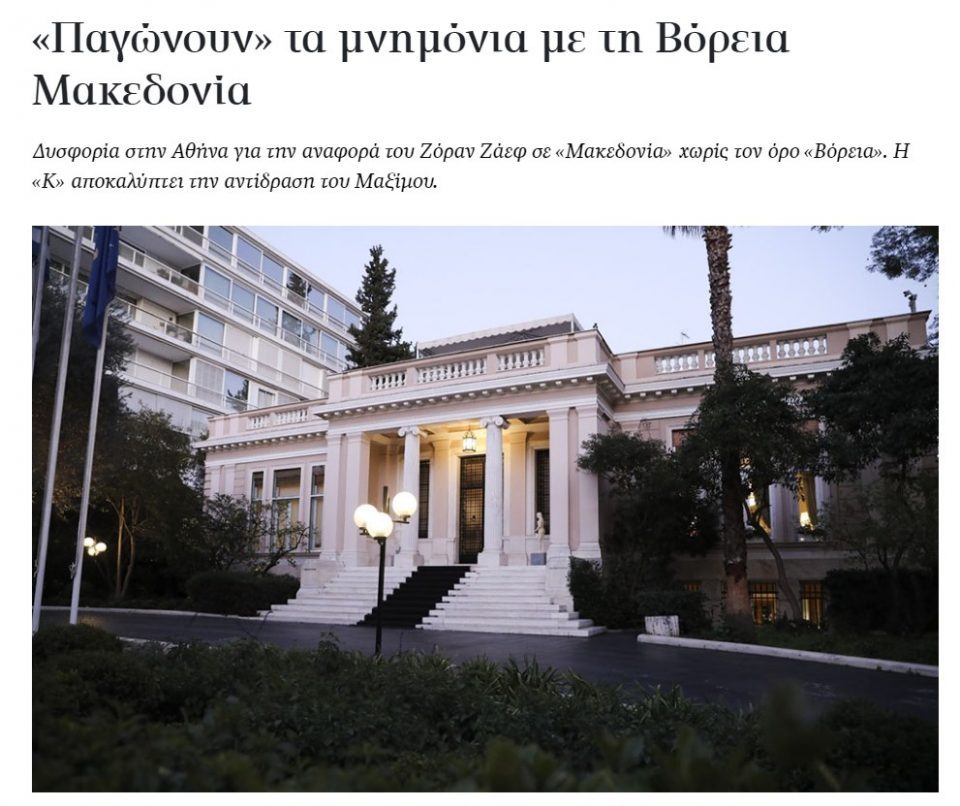 Greece announced that it is suspending the ratification of three memorandums for cooperation with Macedonia, because of Zoran Zaev’s use of the adjective “Macedonian” in a tweet congratulating the national football team. Greece insists that Zaev violated the Prespa Treaty with this move.

Zaev uses the imposed name “North Macedonia” to the point of having even his loyalists asking him to stop, but still tries to drop a “Macedonian” here and there.

The memorandums have been blocked in the Greek Parliament for a while, as the ruling New Democracy party is reluctant to vote on them and further prove its acceptance of the Prespa Treaty – which it opposed in 2018. The vote was supposed to take place on July 10th but now it is being postponed because of Zaev’s rare outburst of patriotism.