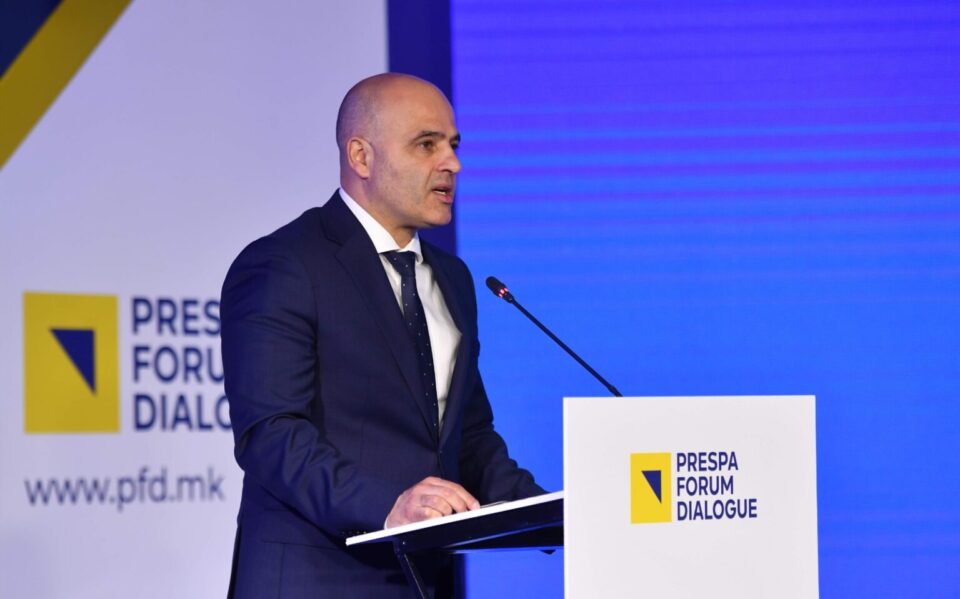 In Wednesday’s interview with TV Alfa, VMRO-DPMNE leader Hristijan Mickoski, spoke about the French proposal and said that the proposal should not have been on the table, but was on the table because several months previously someone had secretly negotiated it.

In those negotiations, the one who negotiated practically agreed with this text and now suddenly we see the text on the table, and the one who agreed pretends that he is not from here, that he has no eyes, no ears, nothing and says he has not received anything yet. This is a serious summit of the European Union, Ukraine should get candidate status, where hundreds and thousands of people die every day, I am sorry what is happening there, but I am also sorry those at home in our country who have been waiting for 22 years and many generations have been wandering around Europe waiting for a European future, have been disappointed. Ukraine, along with Moldova, where there is a relatively tense situation too, then you have Georgia, and now they suddenly should get candidate status. This is a serious historical geostrategic summit, this is not any economic summit so now we will talk about policies or the like, we have political weight at this summit and they need a step in the Balkans, to start negotiations between Macedonia and Albania and now, how Macedonia will start negotiations if they see that Bulgaria does not give in because that is the situation from there, we will put the pressure where it is weaker, ie on Macedonia because we have a minister who is not interested in the situation for my feeling, for your feeling, said Mickoski.