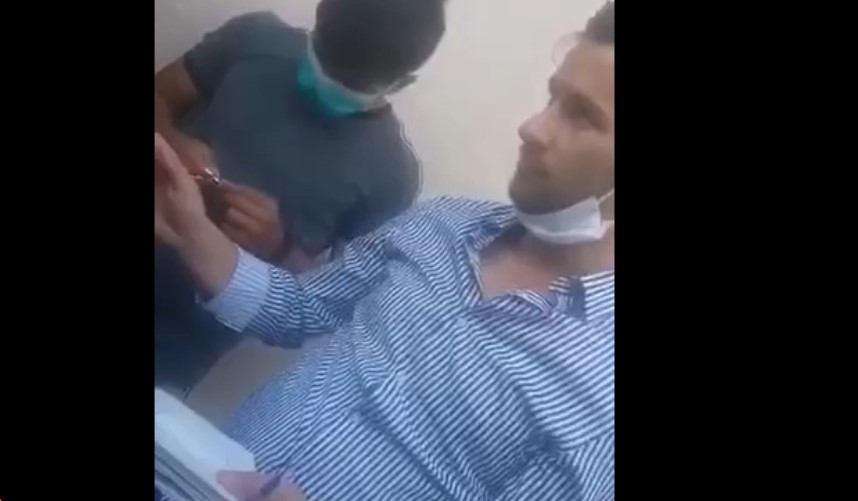 Skopje police officers interrogated one of their policemen who was filmed bribing voters in the majority Roma municipality of Shuto Orizari. The poor part of the city is targeted by the ruling SDSM party that is trying to buy votes there ahead of the elections on July 17.

The man, identified by news outlets as SDSM activist Seafedin Sefer, working for SDSM candidate Latifa Siskovska, was filmed giving 1.700 denars to would-be SDSM voters and taking their personal details. The Interior Ministry said that he identified himself as a former activist of the Umbrella NGO organization and that he was taking names of citizens for an aid campaign. SDSM frequently works hand in glove with left wing NGO groups and a recently leaked tape showed SDSM leader Zoran Zaev referring to such groups as “his own”.

The police interrogated another person who was active in the bribery attempt. He has provided a list of 20 citizens with their names, phone numbers and other personal details. Both are being investigated for voter bribery.