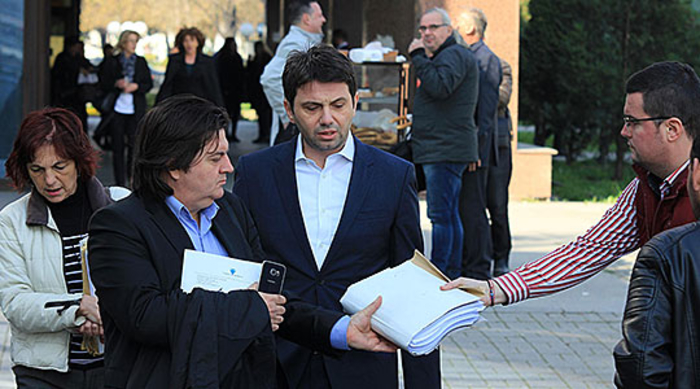 The testimony from Transportation Ministry official Aneta Jordanova on Monday revealed shocking abuse of the judicial system on part of Zoran Zaev to go after his political opponents. The target in this case, as in so many others, is former Transportation Minister Mile Janakieski, who frequently faces a trial date every day of the week – in this particular case over the failed project to have an Israeli company build a residential complex near Skopje.

Jordanova testified that she prepared a report indicating that the Ministry and the state budget didn’t suffer any financial damages because of the planend development. But she was threatened by Zoran Zaev, through his first Transportation Minister Goran Sugareski, and by Zaev’s Secretary General Dragi Raskovski, to change her report, which she did, fearing she would lose her job.

The pressures coming from the Zaev regime to have political opponents sentences are widely reported for years, ever since the campaign of charges and arrests began in early 2016, by now disgraced Special Prosecutor Katica Janeva. Specifically in this case, in 2018 VMRO-DPMNE official Toni Menkinoski, who represent some of the victims of political persecution, held a press conference during which he revealed the original report prepared by Jordanova and signed by Zaev’s Minister Sugareski.

In the final sentence, Sugareski confirms that the financial interests of the Republic of Macedonia were upheld in the process. There was no harm caused by the deal, Menkinoski said.

Still the courts, under pressure from the regime, continue to go after former VMRO-DPMNE officials. This even after numerous cases initiated by Zaev and Janeva collapse as the false statements and edited wiretaps that were used to initiate them get debunked.