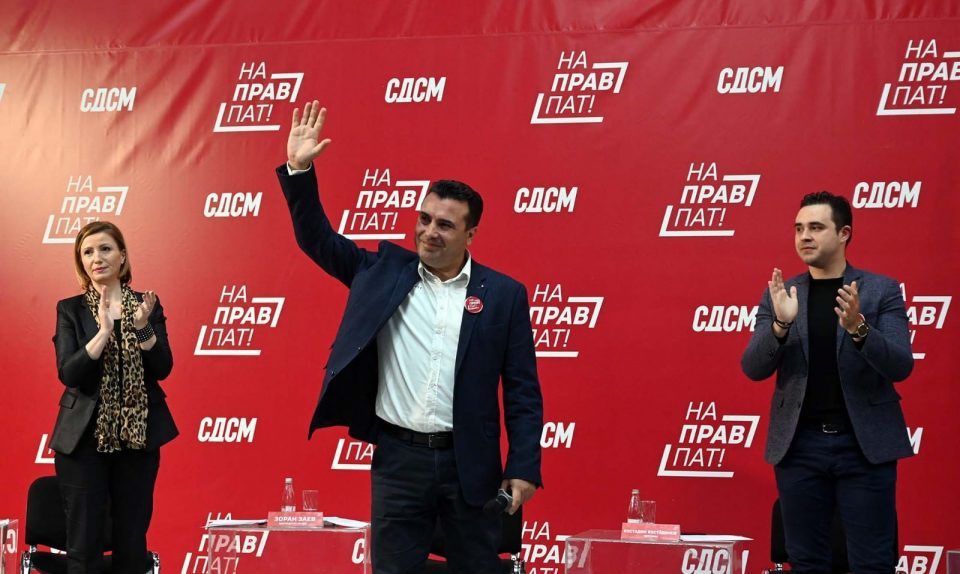 As pro-SDSM media outlets launched a fake news campaign meant to falsely portray the opposition VMRO-DPMNE party as being in the pay of Russia, a move which the SDSM party said is not its doing, Prime Minister Zoran Zaev repeated similar claims during a rally in Strumica.

How an outgoing government is lying: Facts about SDSM fake news and how Mickoski became their victim

Zaev accused the opposition that it was happy Macedonia was not given a date to open EU accession talks – a move which constitutes his biggest foreign policy defeat to this day and threw the imposed Prespa treaty into doubt. Zaev claimed that even French President Emmanuel Macron, who vetoed Macedonia from opening EU accession talks, was sad about his move, but that the VMRO-DPMNE leadership was allegedly happy about it.

All European leaders, President Macron included, are sorry for the historic mistake. And all of them say that they will rectify their mistake as soon as possible, Zaev told the crowd gathered in Strumica, before blaming VMRO-DPMNE of being traitors: “They make secret pacts and scenarios with third parties and claim that they will fast track Macedonia to the EU”. Zaev also resorted to fear-mongering, telling his supporters that a VMRO win at the April 2020 elections would lead to instability in Macedonia and tensions with the ethnic Albanians.

VMRO-DPMNE opposed the Prespa treaty and warned that the loss of sovereignty and the abandonment of Macedonia’s national red lines will cost the country dearly. Still, the party insisted that Macedonia has the right to join the EU, under its chosen name, and campaigned among European conservative parties to support the decision. Ultimately, the European center and right wing aligned with VMRO supported the decision, but it was the liberal-democrat led countries such as France and the Netherlands who blocked the move. VMRO also blamed Zaev of getting Macedonia coupled with Albania for his own domestic political gains – given his dependance of the Albanian vote in Macedonia, which strongly contributed to the loss of the expected EU accession talks date.