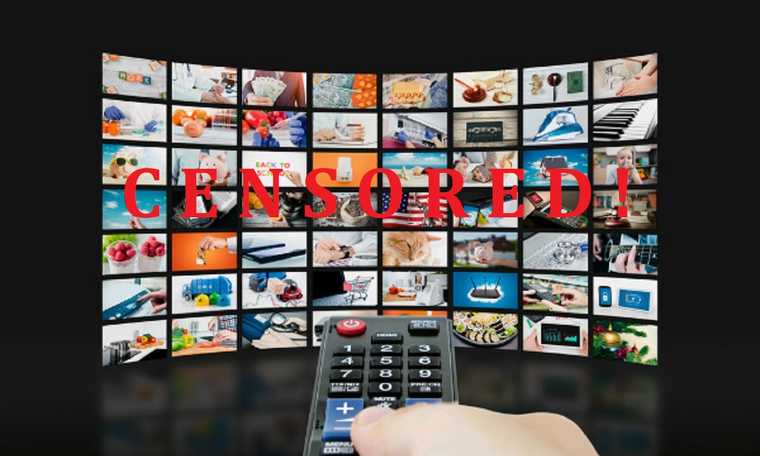 Prohibition of works, books, films and television series contrary to their political ideology or distortion or falsification of the past are some features that characterize the left-wing liberal BLM movement, just as they characterized the Nazis or the Soviet communists at their time, the V4 new agency reports.

While racist Nazis banned the works of mainly politicians, scholars, and left-wing thinkers of Jewish descent, the Communists killed Tzar Nicholas II, the country’s legitimate ruler, and systematically exterminated all his family. They went on to ban nationalist parties and render the life and work of conservative politicians impossible. This applied to dissidents – politicians, artists, musicians, writers – who were not interned in the Siberian forced labour camps, where hundreds of thousands lost their lives due to illness, infection, or simply starved to death.

Doesn’t free speech mean anything? How do we choose it? Is this close to Hitler’s burning books in Nazi Germany?https://t.co/GuBQVb6Hxz pic.twitter.com/pBE7KK9KWS

A common feature of the two regimes is that they persecuted dissidents and banned their works. The Nazis even burned books publicly in Germany in 1933. The Nazi propaganda ministry led by Josef Gobbels banned the reading and distribution of works by Albert Einstein, Sigmund Freud, Franz Kafka, Thomas Mann, Ernest Hemingway, Marcel Proust and many others. In the Soviet Union and the communist countries of Eastern Europe, the works of most (US and British) “imperialist” authors were banned, similar to the books of the Russian opposition writer Alexander Solzhenitsyn. Films by Czech director Jiri Menzel or his Polish colleague Andrzej Wajda were also banned.

The book burning has started. This fanaticism is very dangerous. https://t.co/CxEL6X8bog

In response to BLM protests, the Holloway University Library in London announced on Twitter that they would take certain books off the shelves in the fight against “structural racism” and apologised for not doing so before. The library has plans to “decolonise and diversify” its book collection in a bid to fight racism and discrimination. “Book burning has started,” Brexit Party leader Nigel Farage said in his response, adding that “this fanaticism is very dangerous.”

HBO Max pulls the movie "Gone With The Wind" due to racist depictions of Black people and slavery. Additionally, the TV show COPS has been cancelled. What movie/TV show is next to get censored or removed all together?

Nowadays, television series have the opinion-shaping power movies used to have. This is why liberals have singled out some works as racist and incompatible with their values, starting with the romantic classic Gone with the Wind from 1939. They have even managed to force BBC to remove an episode of Fawlty Towers from its streaming service. In this episode of the sitcom, world-famous comedian John Cleese imitates Adolf Hitler and actors make references to events in World War II. What used to be considered entertaining when the series was produced in the mid-1970s has now become unpresentable, the liberals’ message says.

Netflix Brasil: Remove “ The First Temptation of Christ” From Netflix – Sign the Petition! https://t.co/HAcXu9IY66 via @Change

However, media service providers are far from being sensitive when it comes to films that ridicule Christianity and its values. The First Temptation of Christ, a tasteless parody depicting Jesus as gay, is still available on Netflix despite the fact that more than 2.5 million people in Brazil alone protested by signing a petition.