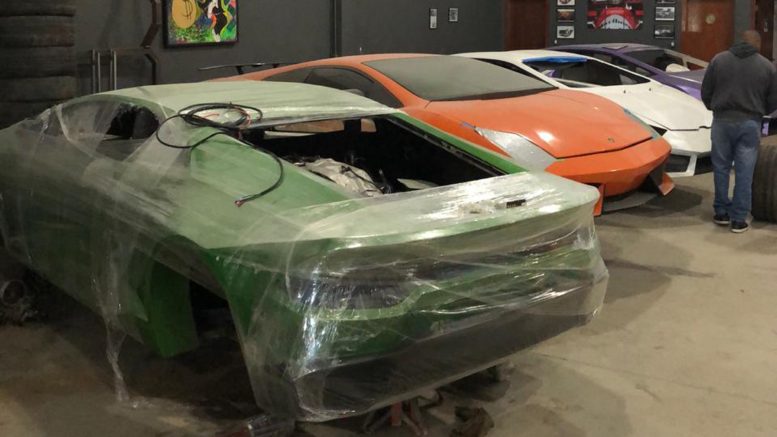 Police in Brazil say they’ve shut down a clandestine factory that was producing fake Ferraris and sham Lamborghinis, Guardian reported.

A father and son who owned the workshop in the southern state of Santa Catarina have been arrested on industrial property charges.

Officials didn’t say what sort of parts were used to build the vehicles, but they distributed photos showing sleek bodies, as well as badges and accessories emblazoned with the Italian brands.

Monday’s raid followed a complaint by the Italian companies.

Eight partially finished vehicles were seized in the raid, and police said they are investigating how many were made.

Zaev only knows how to close factories, Janusev says, after an iconic textile mill in Tetovo goes under

Fire in a furniture factory near Strumica

Workers in Novaci are being ordered to move metal rolls weighing 1.5 tons by hand, union claims