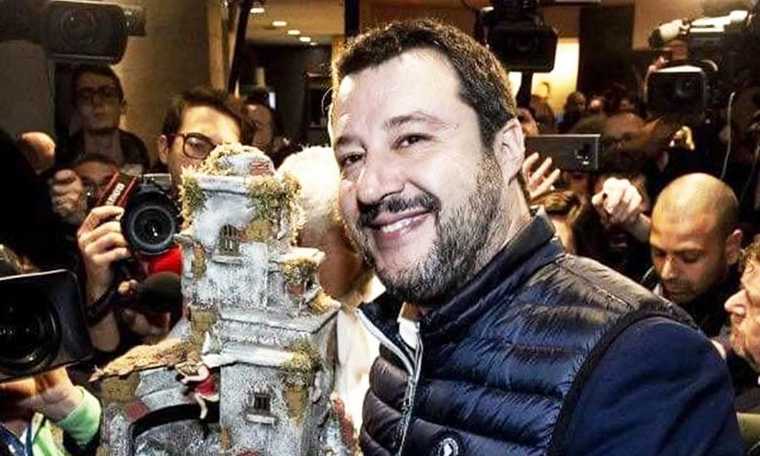 Italian right-wing leader Matteo Salvini has described as “unspeakable shame” the news that a school in Sicily has decided to abolish the traditional Christmas mass and the nativity scene this year, as a sign of respect toward non-Christian children. Salvini reacted to the issue at Lega’s congress on Saturday, where he arrived with a ceramic crib in his hands and declared that “we are the last hope for Christians”, the V4 news agency reported.

A school in Sicily has decided to abolish the traditional Christmas mass and not to display a nativity scene this year “to respect minorities”. The case has sparked outrage, with former Interior Minister Matteo Salvini describing the move as “shameful”.

In his post, Salvini promised to personally send a crib to the principal, who has obviously failed in her teaching career.

To underscore the significance of the issue, Salvini arrived at Lega’s Saturday congress with a ceramic crib in his hands. “We are the last lifeline for Christian people in the west, and they count on us,” he said. Italy is deeply Christian and should remain so, being proud of its roots and history, Salvini added.