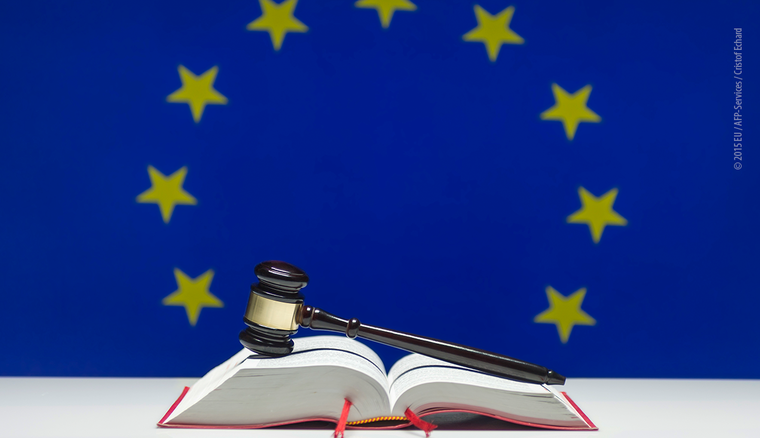 On Monday Hungarian Prime Minister Viktor Orban gave an account on the fulfilment of his parliamentary mandate, received for the European Council summit. In his letter to the House Speaker, Mr Orban stressed that he had received a promise that Germany would make efforts to bring the Article 7 procedure against Hungary to a conclusion during the remaining part of its presidency. However, it must be noted that there is a similar procedure underway against Poland, with two other EU member states, Malta and Slovakia, which may also face similar proceedings, the V4 new agency reported.

The procedure is based on the issue of the rule of law, or rather the uncertainties surrounding it, which EU politicians have readily used to attack policies they disagreed with. However, as Politico announced after the EU negotiations, the term ‘rule of law’ was deleted from the description of the new mechanism, which would have stated that EU funds could be partially or completely withdrawn from member states if they violated the principle.

The removal of the notion of the rule of law, which is extremely difficult to interpret, is a great victory for both Hungarians and Poles. The concept cannot be defined at an EU level, international lawyer Norbert Toth told V4NA. The Hungarian expert said that there are several rule of law concepts, and the Venice Commission identifies three major European traditions related to it.

The three concepts are the Anglo-Saxon rule of law, the French État de droit and the German Rechtsstaatlichkeit. Norbert Toth pointed out that there are overlaps as well as differences between them, but the most important thing is that the EU does not have its own definition of the rule of law. The EU could primarily rely on the ideas previously developed on the continent, but it is unclear which tradition it should follow.

In addition to the great European traditions, there are several ideas that are less widely known. For example, the protection of the rights of national minorities is part of the notion in Central and Eastern Europe, Norbert Toth pointed out, adding however, that it is not part of the French État de droit concept, nor the Anglo-Saxon approach, and it is also questionable in the case of the German Rechtsstaatlichkeit.

The Hungarian international lawyer told V4NA that the Venice Commission could pass a judgment on whether a country follows the rule of law or not. There are benchmarks that list the elements common to each tradition. So, if the Article 7 procedure was a strictly legal/professional proceeding, it would obviously be sufficient to take those benchmarks and go through them, but it’s no coincidence that this has not happened yet, Norbert Toth remarked.

Tymoteusz Zych, Vice-President of Ordo Iuris, a Polish legal research institute told V4NA that due to different legal systems of EU member states, any common legal ground must be based on a universally accepted position. Although the fundamental principles of democracy exist across Europe, it is impossible to have a single definition of the rule of law, if the individual countries refuse to accept it.

Norbert Toth also said that in the case of Hungary, the issue is very much driven by ideology. For instance, the Sargentini report, prepared as part of the procedure, expresses a number of concerns over Hungary refusing to adhere to specific international treaties. Norbert Toth argued that non-compliance with an international treaty cannot constitute a rule of law issue and compliance cannot be the outcome of external pressure, because every independent state reserves the powers, arising from their sovereignty, to make such decisions.

Regarding the Polish situation, Zych said the European Parliament frequently inserts its openly ideological arguments between human rights and rule of law arguments. “No EU convention allows, for example, interference in the family policies of sovereign member states,” he said. Sensitive ethical issues such as the legal protection of human life or the legal definition of marriage have never been and cannot be the subject of any EU treaty, he added. Nevertheless, a new trend can be observed for “creating human rights” that have no legal basis.

V4NA has sent an inquiry to the President of the European Parliament, the EP group leaders and the chair of the Committee on Civil Liberties, Justice and Home Affairs (LIBE) to find out the exact definition of the rule of law.

We received an answer from the Office of the President of the European Parliament, saying, “The rule of law is one of the common values upon which the European Union is founded and part of the common constitutional traditions of all Member States. (…) The rule of law means that all members of a society – governments and politicians included – are equally subject to the law (…) irrespective of political majorities.”

The above confirms the position of the legal experts who told V4NA that the notion of the rule of law may differ from country to country.

The issue of triggering Article 7 proceedings against Slovakia and Malta has also been raised. In the case of both countries, the European Union has initiated inquiries after the murder of an investigative journalist. Concerning these countries, Norbert Toth said a new procedure was unlikely to be launched against Slovakia, where a new government has recently taken office with a clean slate. Officially, though, such proceedings are typically initiated against states and not governments, he added.

Malta is also unlikely to face the procedure, the international lawyer said. Amidst an unfurling scandal, former Prime Minister Joseph Muscat resigned, making a major sacrifice. The country now has a left-wing government and the Group of Socialists and Democrats in the European Parliament would block any Article 7 initiatives against the country.

Zych noted that the proceedings have no ipper time limit, so it is impossible to predict how many months or perhaps years they may take. According to the Polish expert, the European Council is unlikely to adopt an ideological document or any exaggerated statements concerning Poland or Hungary by a qualified majority – despite much pressure. Tymoteusz Zych stressed that unanimity cannot be achieved on the issue for obvious reasons.