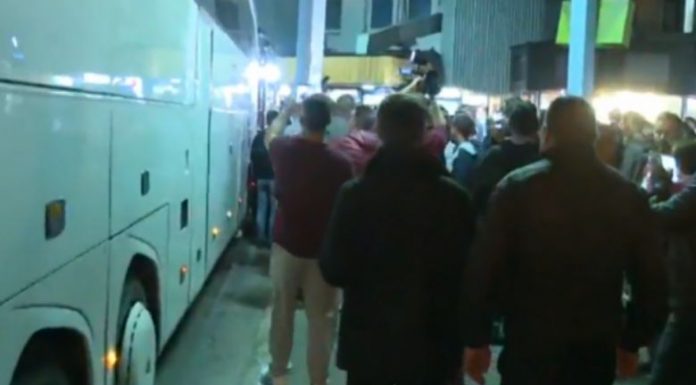 Albanian media outlets in Macedonia are full of reports of on-going mass emigration into European Union countries. Macedonians and Albanians are leaving the country, but the phenomenon appears especially prominent among Albanians, as indicated by the exceptionally low turnout rates in the last several elections.

Four buses from Saraj left for Germany. The phenomenon is picking up pace in this country. It’s driven by economic considerations and hope for a better life elsewhere, writes the Shkupi news site.

And TV21 has a report about Sali Sadiku, rural doctor from the village of Jabolciste, who says Healthcare Fund bureaucratic red tape that harms his practice is the reason he has decided to abandon Macedonia.

I ask my 532 patients for forgiveness for leaving my three year practice in Jabolciste. I’m extremely disappointed. My road will be the same as that of many others, I will emigrate, says Sadiku, who intends to move to either Germany or Belgium.

The Zaev Government used promises that it will reverse migration out of Macedonia to win some votes in the 2016 elections, but has failed entirely to make the promise become reality.