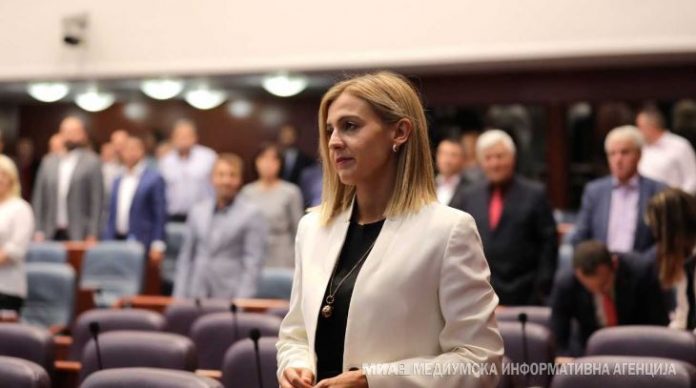 A proposal from Finance Minister Nina Angelovska to increase the fuel tax by two denars per liter caused outrage in the public. Low fuel prices are one thing the public has going for it in a time of a pandemic, massive job losses and an expected economic downturn.

We have prepared a proposal to this end. Given the fiscal implications, we expect to ask for an increase of two denars. The proposal was made by the Chamber of Commerce, Angelovska said.

Both truckers and citizens have responded angrily to this proposal. Makam Trans, a trucking union, said that the proposal is unacceptable and irrational at a time when their industry is crucial to keeping the country running. Social media were also buzzing with angry comments from ordinary citizens who point out that gas prices are going down everywhere in the world, but will go up in Macedonia and warnings that price hikes always lead to consumer price hikes.
The opposition VMRO-DPMNE party condemned the idea.

Thousands of citizens are left without their salaries, with initial polls showing that 100.000 citizens are at least temporarily unemployed. And we have proposals from he Government to hurt their living standards even further with a gas price hike. This is the greatest crisis since independence, and we need to get serious, VMRO-DPMNE said.

The Association of Chambers of Commerce (SSK) also condemned the proposal, that was initially put foward by the larger SKM chamber of commerce.

This proposal will add to the burden of the households, farmers, will increase transportation prices and the prices of all goods and services. It only benefits several large corporations but burdens everybody else. Small and medium sized companies are 99.8 percent of all companies, and we have to think about them, SSK said.