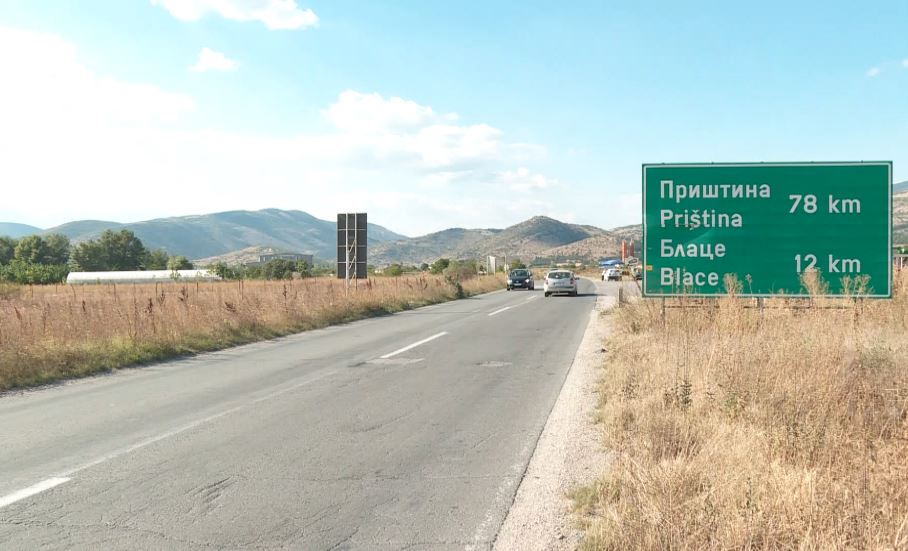 Over the past nearly three years, the Zaev regime was able to complete two major highways started and largely built by the previous, Nikola Gruevski led Government (Demir Kapija – Smokvica and Skopje – Stip), and hopelessly drag out the third (Kicevo – Ohrid). But no new highway construction was initiated under Zaev.

Today, shortly before the April elections, at a time when the ethnic Albanian votes are paramount for Zaev’s SDSM party, the first such contract was signed. Priority has shifted toward building a highway to Kosovo, that would link Skopje to the Blace border crossing. But what is most notable in the contract is the scale of the project – we are talking about a highway with full two kilometers in length.

The entire distance from the border crossing to the Skopje northern right road, or the city itself, is under 20 kilometers but even this seems too much for the publicly ran Macedonian Roads company. The tiny stretch, extending two kilometers from the crossing, will cost 12.2 million EUR and will include two over-passes.

Another stretch, 10.5 kilometers long, from Blace to the small Stenkovec airport, is being planned and the European Bank for Reconstruction and Development is being asked to provide 70 million EUR for it.

The highway to Kosovo features prominently in the campaign of both the ruling SDSM party and its ethnic Albanian coalition partner DUI. Kosovo already completed its highway to Blace, named Arben Xhaferi after the late Macedonian Albanian politician.

Meanwhile, Zaev’s regime intermittently promised to build 500 kilometers of highways and sicced prosecutors against VMRO-DPMNE officials who actually built or initiated the three most recent highways using Chinese or EU loans and grants.

Sinohydro workers will be quarantined before they come to Macedonia