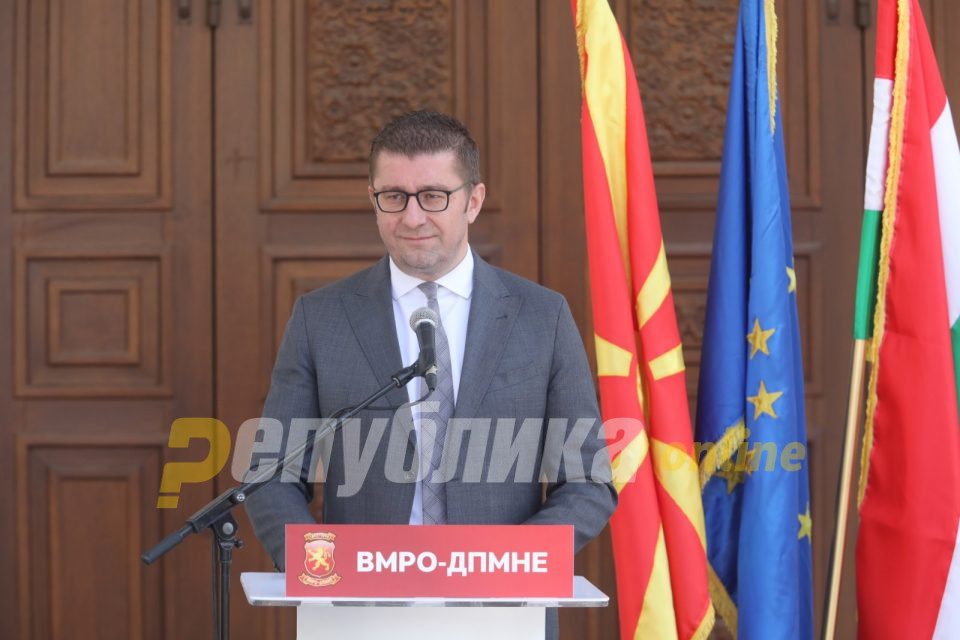 VMRO-DPMNE leader commented on Facebook on the government’s disastrous economic policies. He asks Zoran Zaev and SDSM did they deliberately push the Macedonian economy and citizens into an apocalyptic scenario, guided exclusively by personal and party interests and manifested enormous ignorance or is it something else?

It all started on December 26, 2019, when the then prime minister said in parliament that the economy is shining and the results were for praise. The same narrative were continued by several other SDSM officials in the government, Oliver Spasovski, Mila Carovska, Nina Angelovska, etc., and until March 21 this year, all these together with Zoran Zaev were convincing us that the budget is liquid and that the economy is shining, and the results were for praise, despite the fact that there is no GDP growth of 5% or for example an average salary of 500 euros, foreign and domestic investments, guaranteed purchase for farmers, 500 km of highways, etc… But what is the reality and what are the numbers, they themselves will answer the question, namely the budget deficit in the first two months of 2020 is almost 25% of the total projected for the whole 2020 or 63% more than than that in 2019 year when it was 15.2% (Picture 1), and in February alone it was more than 3 billion denars (Source: MF, Budget Implementation Report including February 2020).

In his post, Mickoski also said he had no doubt that while spending people’s money to bribe voters for the early parliamentary elections that were to be held on April 12, the first serious signs of a serious economic apocalypse due to the coronavirus outbreat, but also due to the SDSM-led government’s short-sighted economic policy, arrived in February.