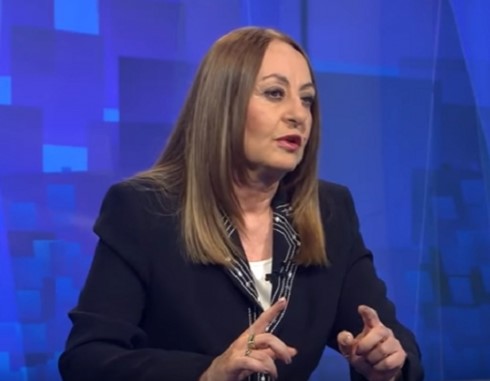 Judge Dobrila Kacarska says she was appalled by the testimony of prosecutor Lile Stefanova, who said today at the “Racket” trial that pressures about the case against businessman Orce Kamcev came from all sides, mentioning judge Kacarska.

Stefanova told the court that judge Dobrila Kacarska, who is seen as one of the strongest supporters of the Zaev regime in the judiciary, was calling the Special Prosecutor’s Office and was asking about the case against businessman Jordan Orce Kamcev.

She didn’t call me, but she called a different colleague. She stayed in the court all night long when Orce Kamcev was ordered into detention. The next day, she was there since the early morning and stayed until the next morning, Stefanova said about judge Kacarska.

I’m appalled. My colleagues called me, because I’m not at work for the first time after 38 years of work because I am very sick. And the colleagues who called me are appalled too. I categorically deny that I have been exerting pressure, so it’s not my level to call Stefanova or send other people. I have to see exactly what has been said and I will consider a lawsuit for defamation and insult, judge Katsarska told Fokus.