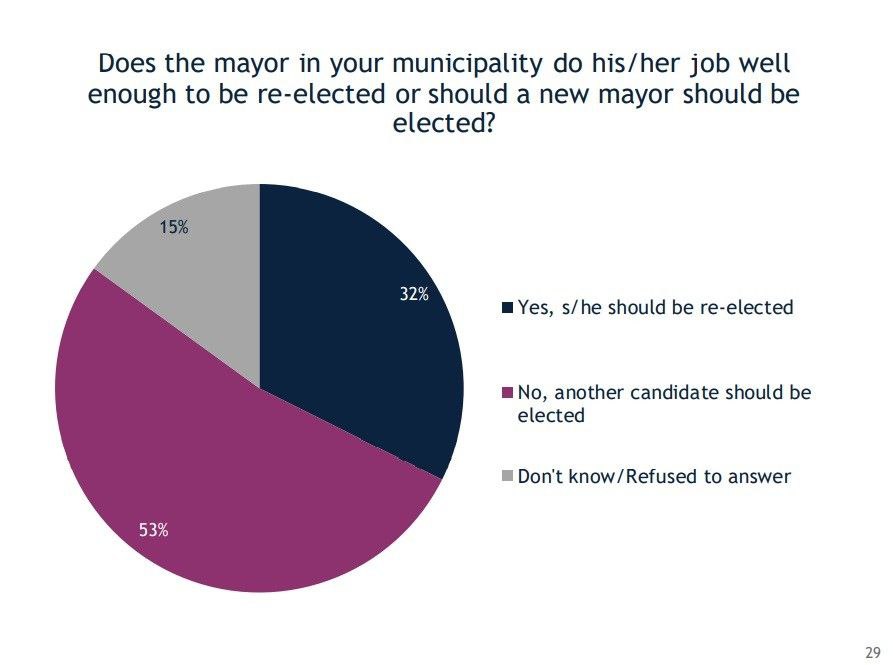 A new poll conducted by Brima and published by IRI today, in the run up to the October municipal elections, shows that a majority of citizens want to replace their incumbent mayors. The SDSM party holds a vast majority of mayoral positions across Macedonia, due to its sweep in the 2017 elections.

Now, 53 percent of the voters say that “another candidate should be elected”, while only 32 percent support the incumbent. The polls also shows badly worsening results across the board, with a large increase in the percentage of citizens who see the economic situation getting worse (44 percent compared to 22 percent in February 2020), who say that their quality of life is getting worse (38 percent compared to 23 percent) and in those who say that the economic situation of their household has gotten worse (20 percent, compared to 11 percent). 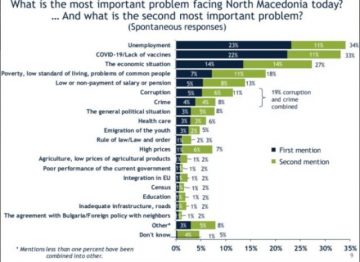 The public also believes that the Zaev regime is managing the pandemic worse than neighboring countries (54 percent said worse, while 40 percent believe the crisis management is at the same level). Citizens cited unemployment as the most serious problem in Macedonia (23 percent), followed by the Covid-19 crisis and the lack of vaccines (22 percent) and the bad economic situation (14 percent). 55 percent of the citizens disagreed or somewhat disagreed with the statement that “rule of law exists in the country”, while only 28 percent somewhat agreed and 12 percent fully agreed with this statement. Solid 79 percent said that young people don’t have a good future in Macedonia, while only 16 percent said they have a good future.

Regarding the political divide, the poll finds SDSM and VMRO-DPMNE roughly tied, at 17 percent, with Levica increasing its share to 5 percent of the vote. The main Albanian parties are also tied, with DUI and the Alliance of Albanians at 7 and 6 percent.