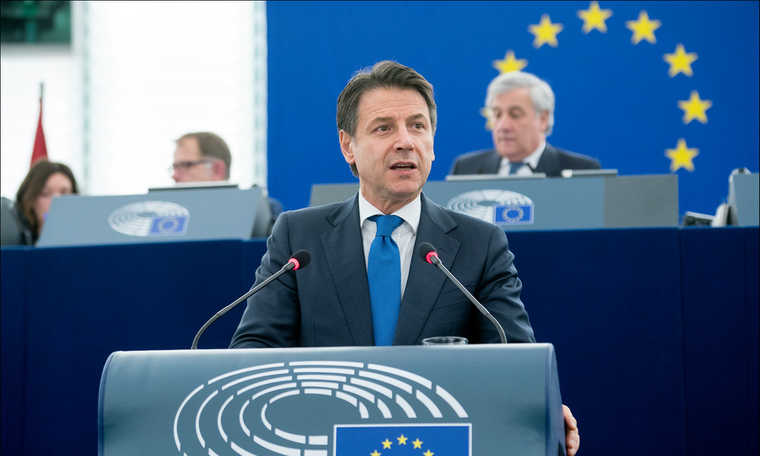 Prime Minister Giuseppe Conte constantly criticises the Italian right, yet now wants them to help to gain the support of the Visegrad Four countries for EU funding. However, the right-wing parties in the opposition are reluctant to join his plan, but prefer a national coalition instead, the V4 news agency reported.

The noose is tightening around the neck of Italian Prime Minister Giuseppe Conte, who is now asking for help from the right. At a one-week meeting starting on Saturday with European Union leaders and representatives of the Italian economic and social life, the premier called for help from the right-wing opposition parties, which he said were unjustifiably missing, and which are “closely linked to the Visegrad political forces and governments.”

The head of government called on the opposition to, “in the sake of national interests,” gain some support for Italy in EU member states where there is a right-wing government, especially in the Visegrad countries, which oppose the line proposed by the European Commission. In exchange, Conte promised to publicly acknowledge the opposition’s involvement.

However, the Italian right finds it humiliating and refuses to support Conte in his plan, who has often criticised them. Mariastella Gelmini, group leader of Forza Italia in the House of Representatives, believes the Italian prime minister only wants to share the blame with the opposition for failing to convince the EU to support the government’s plan on the distribution of the resources from the EU’s Recovery Fund without any conditions. According to the politician, Forza Italia does not need to be urged by the premier to act in the interests of Italy.

Giorgia Meloni, president of the right-wing Brothers of Italy, called Conte’s statements a provocation, while Matteo Salvini, leader of the League party, immediately called for Italian national action. Salvini also noted that while Conte was consulting with professors and millionaires in Brussels, he, as the League’s leader, was travelling the country to understand the difficulties of the Italians.