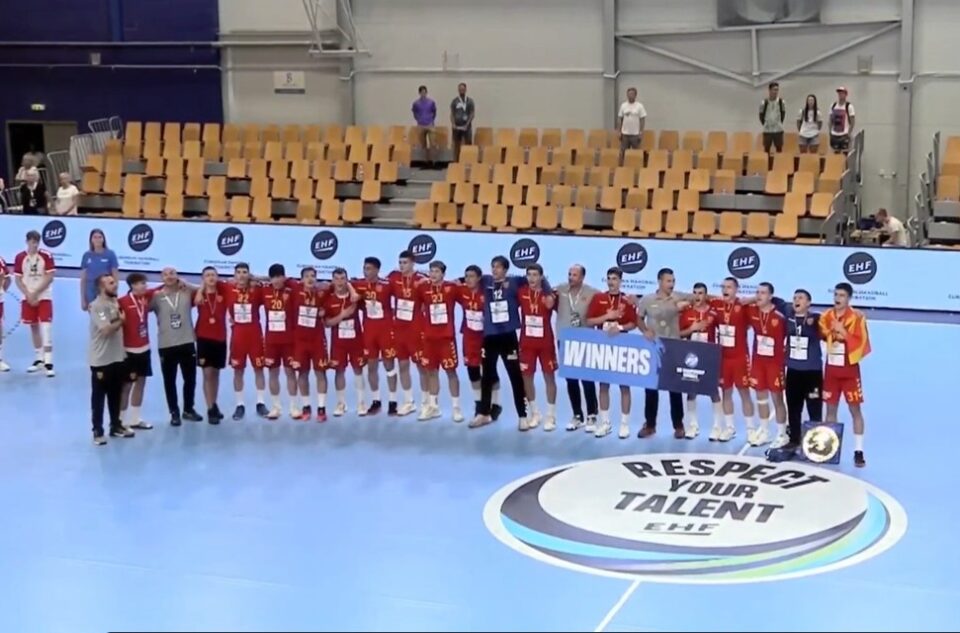 At the end of the IHF Championship, where the Macedonian handball team won the gold, the organizer played perhaps the shortest version of the Macedonian national anthem at the ceremony.

But that didn’t sway the handball players, who even without music (acappella) sang the Macedonian national anthem, with all their hearts, but above all proudly, as they played wearing the national jersey of Macedonia.

You can see the video on the following LINK.