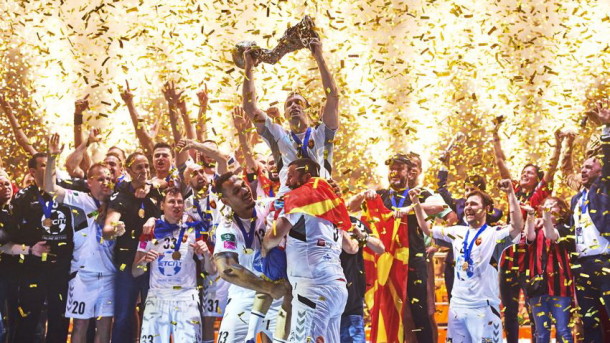 The Macedonian Radio Television will broadcast the arrival of Vardar’s handball players, the TV station confirmed for “Republic”. The “red and black” team is new European champion, after winning over the Hungarian Veszprem team in the EHF Champions League final on Sunday.

As announced by the City of Skopje, which organizes the arrival and the welcome ceremony for the Vardar handball players on Macedonia square, they are expected to arrive at Skopje airport at 18:50h and proceed to the capital’s main square, where they will be welcomed by thousands of fans as two years ago.

No Macedonian TV station broadcast the champions league, and most of the people watched the Vardar matches through the Arena sports channel or online.