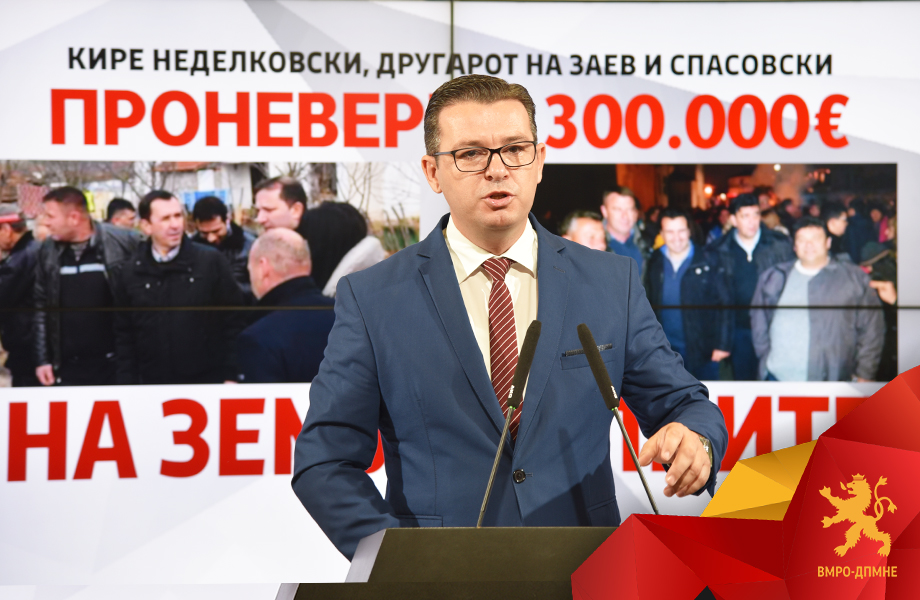 Kire Nedelkovski, a former SDSM official and a close friend of Zoran Zaev and Oliver Spasovski, embezzled nearly 300,000 euros, money from the Association of Tobacco Producers, transferring them from the account of the association to his own account and the accounts of his close relatives. These are the statements from the association’s bank account, which clearly shows the money transfer, Cvetan Tripunovski, member of the VMRO-DPMNE EC, said on Wednesday.

Health Health, Venko Filipce, said at Tuesday’s press conference that of 868 tests performed, 67 new Covid -19 cases have been registered and one patient passed away. The official figures for municipalities and cities have not been released yet, for which, as Filipce explained, results were expected...
Macedonia 02.06.20 | 15:30

Over 60 new COVID-19 cases registered in Macedonia, one patient dies

Osmani: No quarantine proposal, restrictive measures do not work