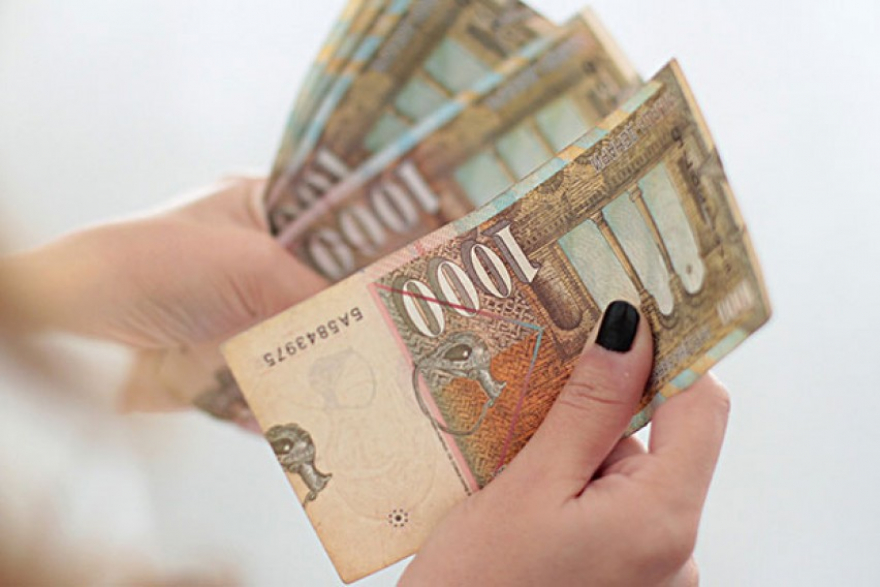 The reality in Macedonia is that over 65 percent of employees work for a monthly salary of less than 25 thousand denars, a huge number of citizens have lost their jobs, mostly low paid and that the situation in the economy is really bad, Gordana Dimitrieska Kocoska, member of the Executive Committee of VMRO-DPMNE said at Wednesday’s party event held in the municipality of Karpos.

Regarding the latest published data on the average salary by the State Statistical Office, which is 28,721 denars, she said that although the government constantly promises an average salary of 500 or more euros, the reality in Macedonia is that there is a staggering number of persons receiving a salary far below the average paid by the public.

Kocoska pointed out that the government knows very well that over 65 percent of the employees in the country receive a salary below 25 thousand denars, but they hide this figure from the public.

She stressed that the situation in the Macedonian economy is bad and that in the period since the pandemic began, tens of thousands of Macedonian citizens lost their jobs. Kocoska added that those who lost their jobs mostly had low-paid jobs, something that contributes to an artificial increase in the average salary because those who did not lose their jobs did not have their salary raised at all.