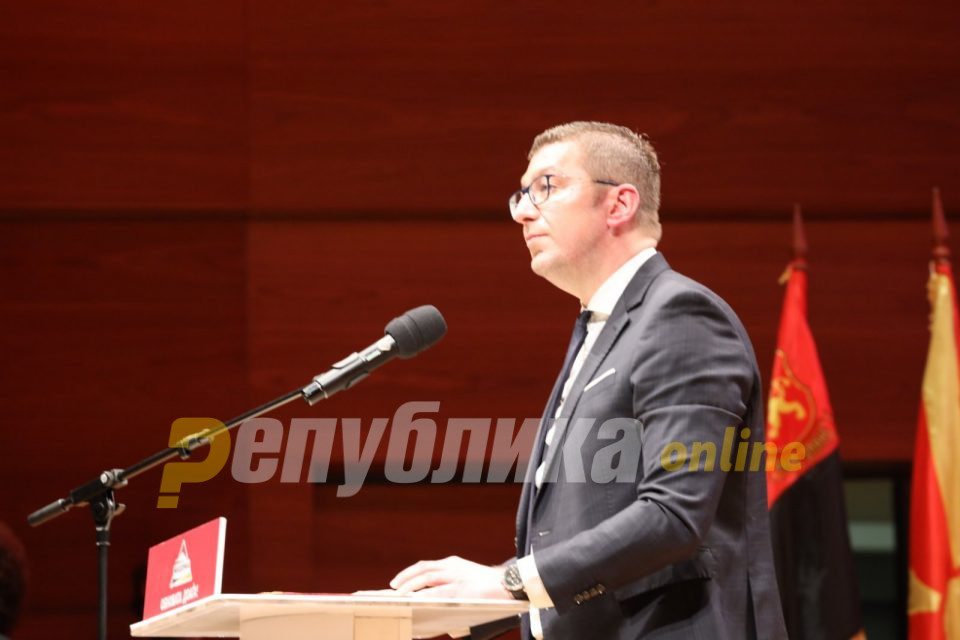 In an interview with “Faktor”, VMRO-DPMNE leader Hristijan Mickoski says that if the government implements the reform in the pension fund, the insurers will not lose a single penny, and the state will receive money.

We will talk about the pension system, but in this respect do you think that the HIF is in danger?

Such as it is, it will not be able to last much. Because simply, the costs have increased multiple times and there is no rebalance, we do not see anyone caring to boost the health fund’s budget. The only thing that happens is we try to get some donation from abroad. Practically, the strengthening of the capacity of the health system in the country is based on mercy. On donations. It is not based on any strategy that we should have already had, says Mickoski.

You are criticized that this is a certain nationalization of these funds, and the money belongs to the insurers.

The insurers will not lose a single penny. Currently, the state is taking a measure where instead of putting the money in two piles, it will put them in one, said Mickoski.

That pension reform was implemented during the co-operation with the World Bank and when VMRO-DPMNE was in power.

In this way we will provide liquidity, we now have to survive. The question is whether we will receive the if we continue like this and whether we will be able to use those funds at all. Third thing that is also in the function of budget liquidity. To call all the banks in the country, to tell them that the state needs money. The governor once lowered the basic interest rate, and could do so further by reducing Central Bank bills auctions attractiveness. At the expense of that the state will issue one-year securities with higher interest rates than the CB bills auctions. Part of the 25 billion that is in the bills will be put by the state in its own account and thus secure at least half a billion euros, which are important at the moment. Then it will be easier for the economy. And one more thing, we think that immediate unconditional realization of capital investments is needed to secure work. That’s the plan when you have crisis situations and you have to increase consumption to provide more money where labor-intensive activity is concerned. You have to step up your capital investment to create a kind of consumer spiral. This is what we are looking for, says Mickoski.