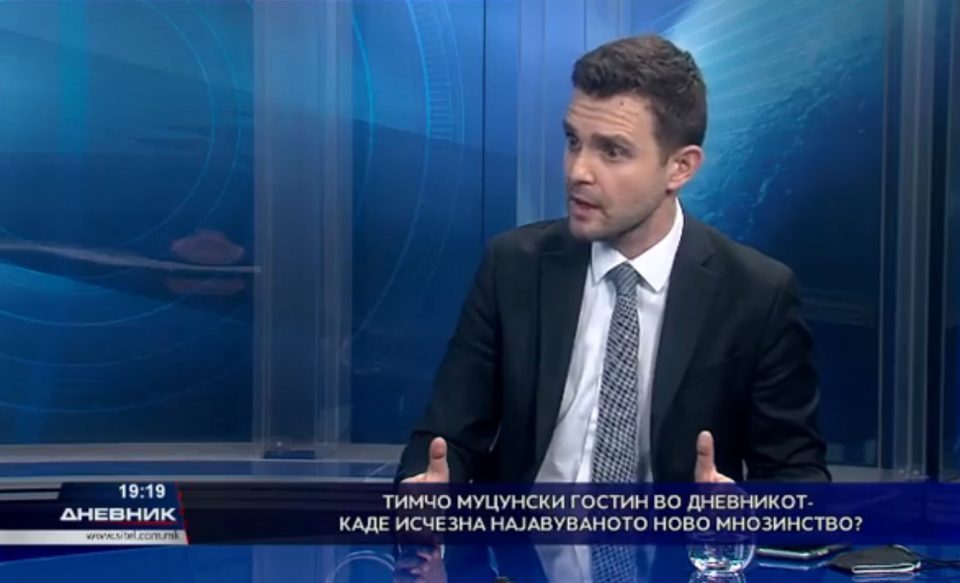 VMRO-DPMNE MP, Timco Mucunski told Sitel TV said that today for five hours in the Parliament, Prime Minister Zaev dealt with Byzantine games instead of the problems of the citizens.

Today in the Parliament we witnessed four five-hour Byzantine games at which in the end Prime Minister Zaev proved that he has the majority he has had since August. We see some triumphalism now. According to me, it would be triumphant for the Prime Minister to come before the MPs today and say that 100,000 vaccines have been provided, to come and say that there is a new set of economic measures that will save jobs that will save companies that are on edge of liquidity, said Mucunski.

He said that while the government is dealing with Byzantine games, Macedonia’s debt increased for another 700 million euros.

Triumph is not the fact that today Macedonia got indebted for another 700 million euros and now if we want to present today’s events as a triumphant event we are again stuck in what is a notorious problem in this country for 30 years. We do not deal with politics, we do not deal with solutions to the problems of the citizens that especially bother Macedonia from the point of view of health, economic and social policy, but what we did today for five hours the Parliament dealt with daily politics, said Mucunski.

Mucunski: Postponing the census for September is the only reasonable solution in the midst of a pandemic