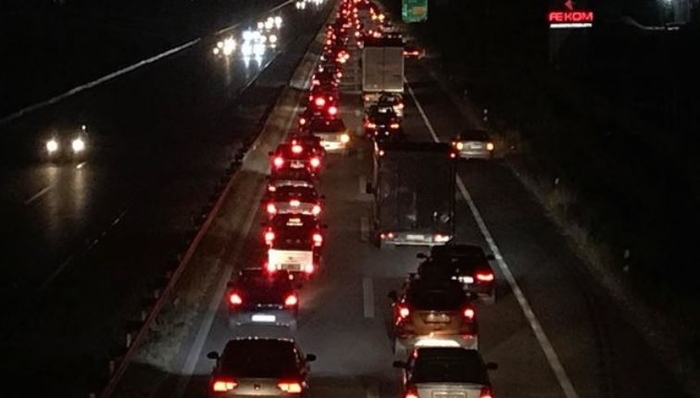 Without previous notice traffic on the Tetovo-Skopje highway was blocked for 30 minutes by twenty cars with some people from the “Enough is Enough” initiative who for eight weeks have been organizing public protests in the Tetovo region against the increase of electricity prices.

There was such a protest with a highway blockade on August 21. Last week, public protests were also organized in several rural areas.

Citizens are demanding a 46 percent lower electricity price, the abolition of the regulatory commission, a reduction in VAT from 18 percent to five percent and the establishment of an independent body to verify the quality of services and address citizens’ complaints about energy companies.

Today at noon in front of Parliament building: The government should listen to the people, the people say NO to the Bulgarian conditions!

NO, NO, NO! – Thousands of citizens on the streets across Skopje against the French proposal