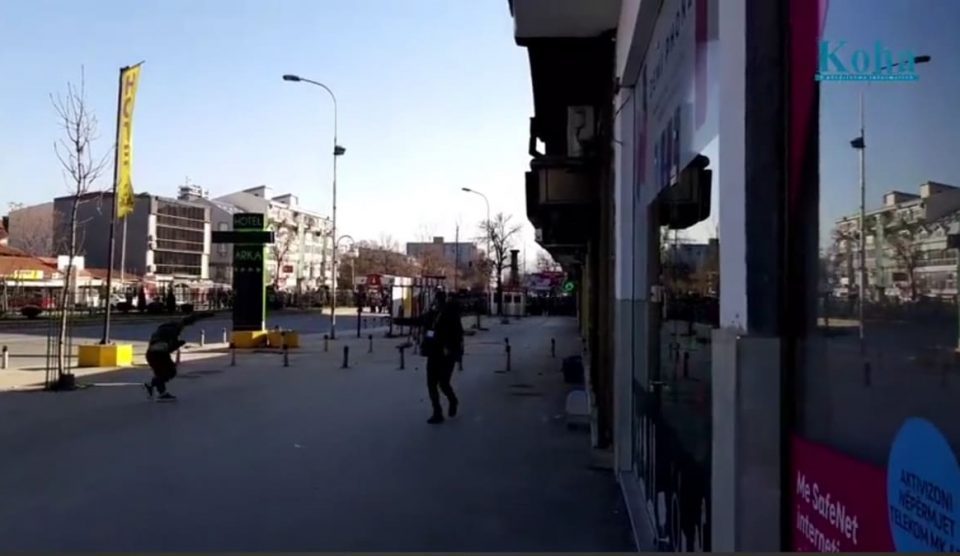 Tensios remain high in downtown Skopje, where several thousand ethnic Albanian protesters clashed with the police today. Protesters were demanding that the sentences of the group of Albanian islamists who carried out the 2012 Good Friday massacre, killing four Macedonian boys an done man, are revoked again.

A police cordon was set in front of the main courthouse, but groups of protesters tried to punch through. Shots were heard during the skirmishes, windows of near-by shops were broken and the crew of the Macedonian Information Agency was attacked, cutting short their live stream. After the incidents, the organizers declared the protest as over, but some protesters remain in the area. Most have withdrawn back toward the Cair district and the large Bit Bazaar complex. Police also used smoke bombs to disperse the most violent groups. 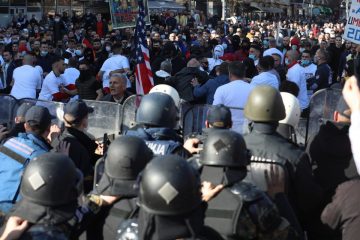 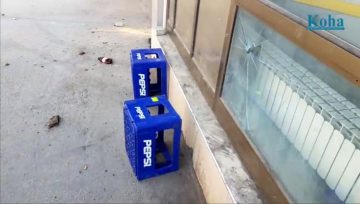 Protesters claim that the three islamists (two of whom fled Macedonia immediately after the massacre) are not guilty. They cite claims made numerous times by now Prime Minister Zoran Zaev. Zaev withdrew his comments in early 2020, but by then persistent conspiracy theories have been spread in the Albanian public in Macedonia, and even though the case was put on retrial with prosecutors loyal to Zaev, Albanian parties dismiss the guilty verdicts.

Macedonia is alive: People rise against all injustices and humiliations of Zaev