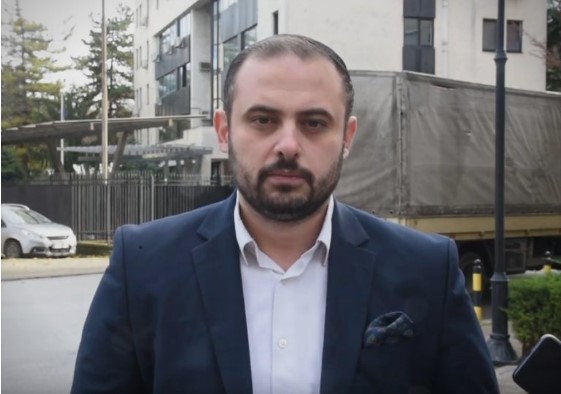 The attack on former Gazi Baba Mayor Toni Trajkovski is an attempt by the Government to assault its political opponents, said VMRO-DPMNE official Orce Georgievski. Trajkovski, who is being persecuted by the Zaev regime and is a target in an SPO criminal case, was badly beaten up on Sunday evening.

The beating serves to goal to silence and threaten Trajkovski. This is the level of democratic capacity shown by Zoran Zaev and his thugs. As usual, after cases of such attacks, the Interior Ministry led by Oliver Spasovski is silent after the attack, Georgievski said.

Georgievski called on the remaining professionals in the Interior Ministry to help find the men who attacked Trajkovski. His trial was postponed today despite the open attempts by judge Ognen Stavrev to expedite the sentencing.

This attack tells us that the outgoing Government is in a state of panic and is no longer bashful about the tactics it will use. This type of violence needs to be investigated. We will not allow a cover up, the type of which the Interior Ministry is doing in other cases when it protects politically linked criminals and thugs. In 10 days Zoran Zaev are leaving office, and all who violated the laws will be held responsible, Georgievski said.

In these elections, the people will choose hope, prosperity, work and projects, instead of crime and corruption

Mickoski: Arsovska and Stefkovski will present their vision for Gazi Baba and Skopje

Georgievski: We will solve the problem with the Jaka neighborhood